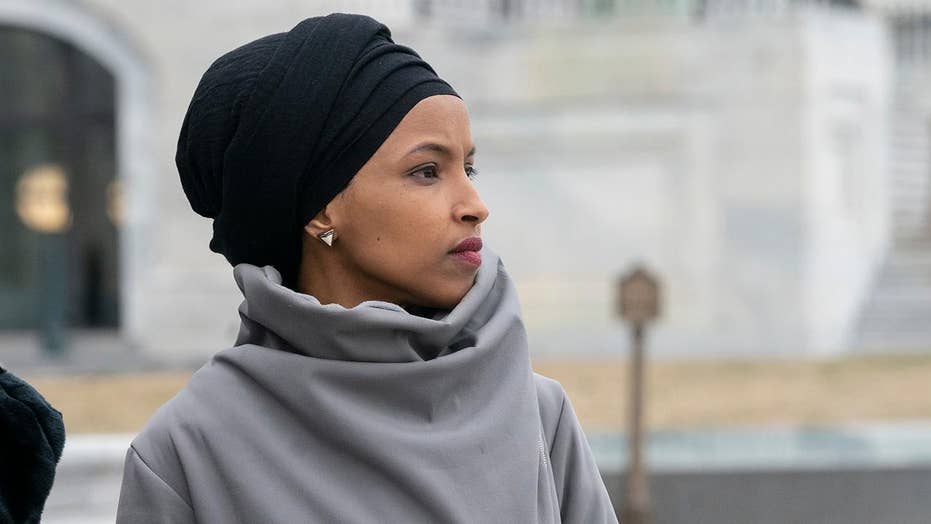 Rep. Ilhan Omar under fire for her comments yet again; reaction and analysis from our power panel on 'Fox News @ Night.'

Rep. Ilhan Omar’s attempt to shame a news outlet for misquoting her blistering attack on former President Barack Obama backfired after she released audio of the interview that only served to confirm her remarks.

The Minnesota Democrat, who’s faced controversy over comments perceived as anti-Semitic, got into hot water yet again after saying Obama’s “hope and change” message was a “mirage” and slammed the administration’s drone and border-detention policies.

She told Politico that the Obama administration was responsible for the “caging of kids” at the U.S.-Mexico border, the “droning of countries around the world,” and that the 44th president “operated within the same fundamentally broken framework as his Republican successor."

“We can’t be only upset with Trump. … His policies are bad, but many of the people who came before him also had really bad policies. They just were more polished than he was,” Omar is quoted as saying in the article. “And that’s not what we should be looking for anymore. We don’t want anybody to get away with murder because they are polished. We want to recognize the actual policies that are behind the pretty face and the smile.”

“We can’t be only upset with Trump. … His policies are bad, but many of the people who came before him also had really bad policies. They just were more polished than he was.”

Following the article's publication, Omar went on offense on Twitter and accused the outlet’s reporter, Tim Alberta, of distorting her words and insisted that she is, in fact, a fan of Obama.

“Exhibit A of how reporters distort words. I’m an Obama fan! I was saying how Trump is different from Obama, and why we should focus on policy not politics. This is why I always tape my interviews,” she tweeted, attaching an audio recording of the interview.

But the move immediately backfired as the recording actually confirmed the comments she made to the news outlet. By Saturday afternoon, she had deleted the tweet.

“I think for many of us, we think of ourselves as Democrats. But many of the ways that our Democratic leaders have conducted themselves within the system is not one that we are all proud of,” she said in the recording.

“You know, I will talk about the family separation or caging of kids and then people will point out that this was wrong – I mean this was Obama. And you know I'll say something about the droning of countries around the world and people will say that was Obama. And all of that is very true. What is happening now is very different. A lot is happening with secrecy. It's happening with the feel-good polished way of talking about it.

“And when we talk about waking people up from complacency, it's to say that we can't be only upset with Trump because he's not a politician who sells us his policies in the most perfect way. His policies are bad, but many of the people who came before him also had really bad policies. They just were more polished than he was,” she continued.

“And that's not what we should be looking for anymore. We don't want anybody to get away with murder because they are polished. We want to recognize the actual policies that are behind the pretty face and the smile, so that we can understand the kind of negative impact, or positive impact, they will have on us for generations.” 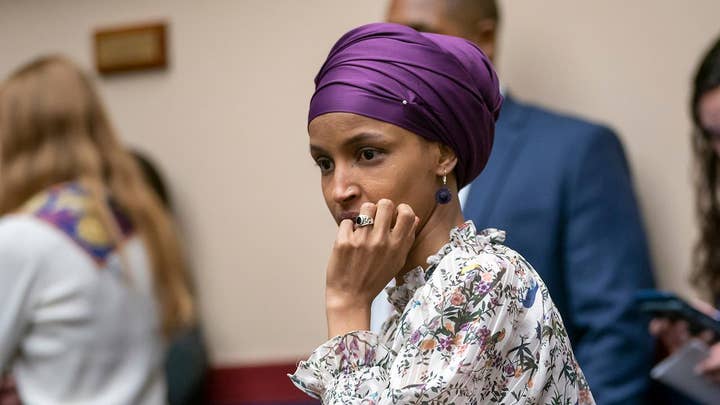 Omar’s attempt at shaming a media outlet was called out by the reporter who said the rookie congresswoman tried to bash the media in an effort to avoid the comments she made.

“Exhibit A of how politicians use the media as a straw man to avoid owning what they said. Your tape...supports what I wrote 100%. So does my longer tape. It's beyond dispute,” tweeted back the reporter at Omar. “Next time, a phone call from your office before the Twitter ambush would be appreciated.”

The latest controversy came just a day after Omar’s comments suggesting that Israel supporters want U.S. lawmakers to pledge “allegiance” to the Jewish state – which was widely condemned as echoing the age-old “dual loyalties” smear against Jewish politicians – were condemned in a broad anti-bigotry resolution passed by the House.

Omar’s anti-Obama comments are likely to further split the Democratic Caucus, which is still reeling from an intra-party fight that erupted in the wake of the anti-bigotry resolution’s wording, as Obama remains extremely popular within the party.