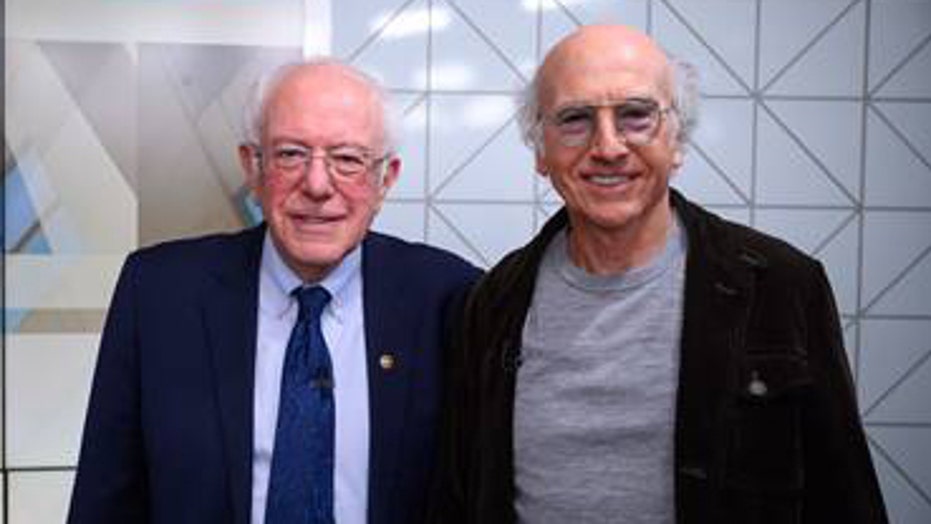 Bernie Sanders came face-to-face with his doppleganger Larry David in a chance encounter on Friday.

The hysterical moment played out on camera as the 2020 presidential hopeful was on the set of "Today" to chat politics while his "Saturday Night Live" impersonator was also in the studio to promote Season 10 of his HBO show, "Curb Your Enthusiasm."

The two were joined by Al Roker, who kicked off the funny segment by reminding David that if Sanders wins, it'll add a ton of bi-coastal trips to his plate in order for him to continue his famous Sanders impersonations on "SNL."

"That's true. It's not going to be easy for me. It'll be great for the country, terrible for me," David, 72, said, echoing sentiments he made earlier this week on "The Late Show with Stephen Colbert."

Al Roker joked on-camera that Larry David and Bernie Sanders are "not related at all" as the two ran into one another on set of "Today" on Friday. (Nathan Congleton/NBC’s TODAY)

"I'm getting you a good job for four years and you're complaining!" Sanders, 78, quipped while shaking his head.

"They're not related at all," Roker laughed.

When the NBC weatherman asked how the two were feeling, David, in another imitation of Sanders, joked: "Not so much. He's doing too well, it's frightening to me how well he's doing. I have to rethink everything after this!"