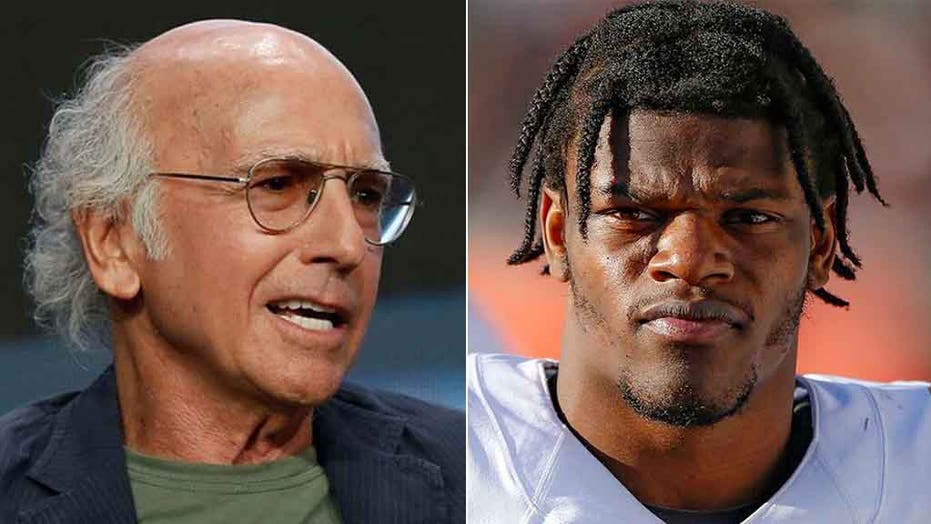 Comedian Larry David revealed Tuesday that he gave his input on who the New York Jets should select in various drafts over the last several years and detailed one player he told the team to choose.

David, who appeared on ESPN New York’s “The Michael Kay Show,” confirmed a story that he told the Jets to draft Reggie Bush in 2006 and acknowledged that he had a conversation with former Jets general manager Mike Maccagnan about who the team should take in the 2018 draft.

ESPN STAR CRITICAL OF NEW YORK GIANTS' HEAD COACH HIRE: 'THIS IS WHAT YOU COME UP WITH?'

“I did call Mike Maccagnan before the 2018 draft and I recommended that he draft Lamar Jackson,” David told hosts Michael Kay, Don LaGreca and Peter Rosenberg. “I have a witness. He kinda gave me the most condescending ... he laughed at me. But, who can blame him? No one thought Jackson was going to be anything.”

The Jets selected Sam Darnold with the No. 3 pick that season while Jackson was selected with the No. 32 pick by the Baltimore Ravens. Baltimore had initially passed on Jackson, deciding to choose tight end Hayden Hurst over the Louisville quarterback instead. Baltimore traded picks with the Philadelphia Eagles to get back into the first round.

Jackson was initially used as an understudy to Joe Flacco before he finally got to start at Week 10 of the season. Baltimore went 6-1 in the final seven games of the 2018 season before making the playoffs and losing to the Los Angeles Chargers.

In Jackson’s second year, he’s put together an MVP-type year and led Baltimore to a 14-2 season and the best record in football.

The Ravens were able to utilize Jackson’s talents to get the most out of him on the field. Jets fans, and David, can only be left wondering what could have been if their team had selected him earlier than Baltimore.