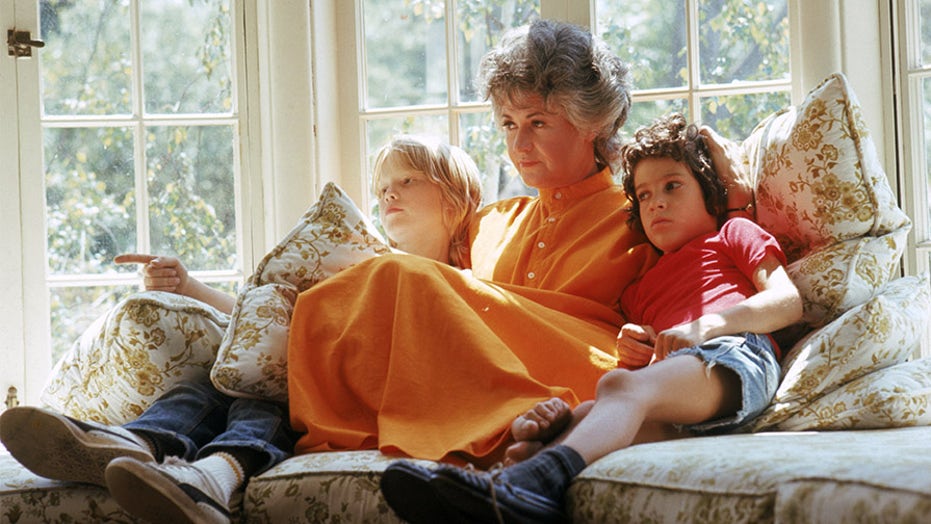 Ten years ago today, the beloved Golden Girl portrayed by Bea Arthur left this earth — leaving us with lots of joyful memories and tons of laughter. She also left us with some rumors about secret feuds and long faces among co-stars.

“You know, I’m always being asked the question if my mom hated Betty White,” Matthew Saks, Bea Arthur’s 57-year-old son, recently told Fox News. “It’s not the way it is. I think my mom had some problems with her, but she liked her.

“I think it was George Bernard Shaw who said it’s fun to hate your neighbors,” he went on. “And I think what he meant was that everyone needs someone to say, ‘Oh, here she goes!’ We all need to have somebody that we can let get under our skin.”

Saks added the two women also had completely different styles of acting. “The Golden Girls” co-star Rue McClanahan explained it like this back in 2009:

To the world, Bea Arthur was a towering figure with great comedic wit delivered by her signature husky voice. She embodied the strong-willed, fiercely independent Maude Findlay in the groundbreaking sitcom “Maude,” which aired from 1972 until 1978. She then transformed into no-nonsense, sharp-tongued Dorothy Zbornak in “The Golden Girls” from 1985 until 1992.

But to Saks, Arthur wasn't just mom — she was a woman who found joy on stage.

“Since I can remember, my mother was an actress,” he explained. “I literally went – when I was 3 years old – on the road with her. She was opening ‘Fiddler on the Roof’ so I had to go with her. I spent a lot of time in her dressing room. There was a speaker system and you could listen to the entire play while you’re in that dressing room. So I knew her plays, front to back. Just every part of them.”

But Arthur wasn’t fazed by the fame she achieved in Hollywood. Rather than spotted at glitzy soirees, she preferred the comfort of home with her trusted confidantes.

“I do remember Rock Hudson being in my mom’s home,” said Saks. “… Rock had dinner there and then he cleared the table. I was trying to clear the table, but I was not good with all the dishes. He just stacked them up to his arm and told me I was a rookie. And that lucky for him, he had been a waiter at one point.”

“My mother had close relationships with a few close friends,” continued Saks. “She wasn’t a loner. But she really liked sitting around and chilling, as people say. I can’t do that. If I just look out the window, I realize I need to do something. She would wake up in the morning, have a coffee and read the LA Times and The New York Times. That was fun for her.”

According to Saks, life at home was normal, one that involved doing chores. But there were perks to being Arthur’s son. Like the time he was cast as a cop on an episode of “The Golden Girls.” But Saks is aware there have been some misconceptions about Arthur’s relationship with her castmates, specifically White, who played naive Rose Nylund from St. Olaf.

When Arthur passed away on April 25, 2009, she left behind a gift that keeps on giving.

The Ali Forney Center in New York City, the nation’s largest non-profit providing shelter and support services to homeless LGBTQ young people, learned that she had bequeathed $300,000 to them in her will.

Arthur first learned of the center in 2005, when her friend Ray Klausen, who designed most of the Academy Awards sets in the 1980s, told her the organization was in dire financial straits, The Hollywood Reporter revealed. Arthur willingly flew from California to New York, where she held a benefit performance of her one-woman Broadway show. According to the center, back then Arthur said she supported it because it saved lives.

Saks told Fox News he wasn’t aware of the donation until she passed away.

“My mom was very private and never made any mention of money that she gave annually,” said Saks. “I didn’t know she had planned on giving that money. I learned about it when she died. I remember the Ali Forney Center gave me a posthumous award for her a few years ago at one of their banquets. They asked me, 'What would she think about all of [the attention]?' I said, ‘She would not be pleased — her being honored so publicly.' But I’m sure at the same time she secretly would feel very proud.”

Saks also clarified Arthur later wanted out of “The Golden Girls” because she was ready to pursue new projects and ideas.

“I think she got tired of it,” Saks admitted about the hit series. “She just thought it was time to leave the show. She wanted to leave a year before, but the others asked her to stay for a final year and she did. And then, of course, they did ‘The Golden Palace’ without mom on it. She came and did one episode, though. [But] I don’t think she really wanted to do that. But she did. Her logic was also that these shows ran their course. Something suffers, whether it’s the production, the writing. It loses its magic.”

Bea Arthur holds her Emmy for Outstanding Lead Actress in a Comedy Series on April 16, 1988. (Photo by ABC Photo Archives/ABC via Getty Images)

But one thing Arthur never got tired of was performing on stage. The New York Times reported before Arthur skyrocketed to fame on television, she worked regularly off-Broadway and sang in nightclubs. It was Norman Lear who persuaded Arthur to appear on a guest spot of “All in the Family” back in 1971 as Findlay, a character created just for her. Her appearance was a hit with viewers and almost immediately CBS ordered up a spinoff titled “Maude.”

“What comes to mind is just how beloved she was to so many people,” said Saks. “Even when I was a young kid, people were always coming up to my mom on the street. My whole life I saw the world tell her how much they loved her. It’s definitely a nice feeling. Some of the fans know more about my mom’s career than I do at times!”

Arthur spent her later years embarking on a one-woman show, one of her proudest projects.

“She just wanted to sing a lot of songs,” chuckled Saks.

As for Saks, he originally pursued acting in his 20s, but eventually abandoned it and focused instead on home renovating and landscaping. His biggest client turned out to be his mom, when he updated her 1920s Spanish-style estate in Brentwood, Calif, which sold in 2015 for $15 million, according to The Hollywood Reporter.

At the time of Arthur’s passing at age 86, family spokesman Dan Watts told The New York Times in an email that the cause was cancer. According to The Hollywood Reporter, Arthur left money to a number of causes, including the center, which received $300,000.

“Life is very nice for me today, [but] I miss my mom if that’s what you mean,” said Saks. “I wish she was here to see my kids. I’m pretty lucky to be me — my mom’s son. I remember really enjoying seeing her on stage. That work is not recorded, but she was just really phenomenal. And she was pretty good at living her life and not being a star at home.”