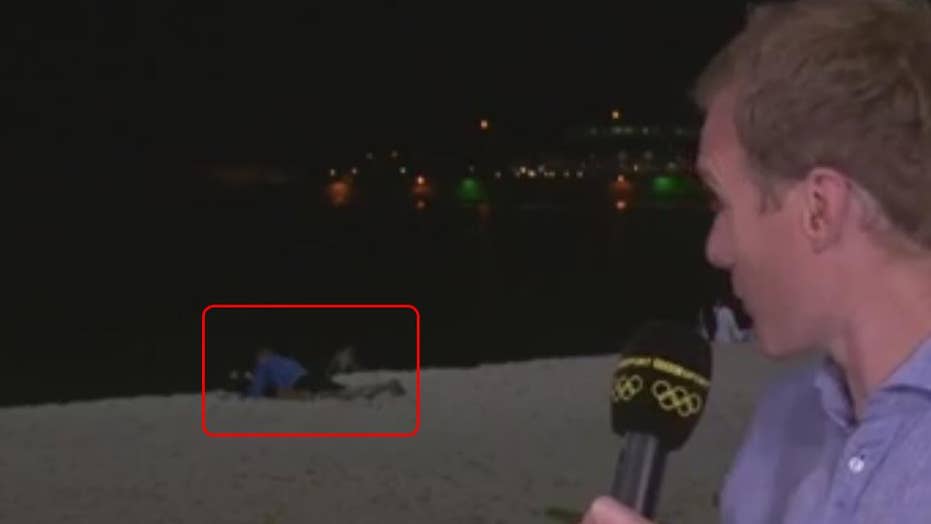 Fox411: During live broadcast, a BBC reporter catches a couple having sex on the beach. Or were they just reading a book in a particularly active fashion?

It's been dubbed the “Copacanoodle.”

BBC presenter Dan Walker’s live broadcast from Rio was upstaged by a frisky couple who appeared to be having sex on the beach behind him.

The live love-in was spotted by eagle-eyed users of social media who tweeted to the BBC to “zoom in” on the pair to find out what was going on.

But Walker was having none of it and tried to explain away the situation by suggesting they were doing a bit of light reading.

"They're reading a book in a strange pose."#Rio2016 with @mrdanwalker on @bbcfour - anything can happen! https://t.co/sHmEl30frP

“For those asking what’s going on in the background now on social media now, we’re not going to zoom in but rest assured, it’s not that. It’s just a hug, they’re reading a book,” he stammered. “They’re reading a book in a strange pose. We’ll find out what the book is a little bit later on.”

But viewers didn’t buy his G-rated explanation despite Walker sticking to his story.

That moment @mrdanwalker on Live #BBC #Rio2016 broadcast couple who appeared to be having sex on Rio beach....... pic.twitter.com/V1vQ7O1ggK