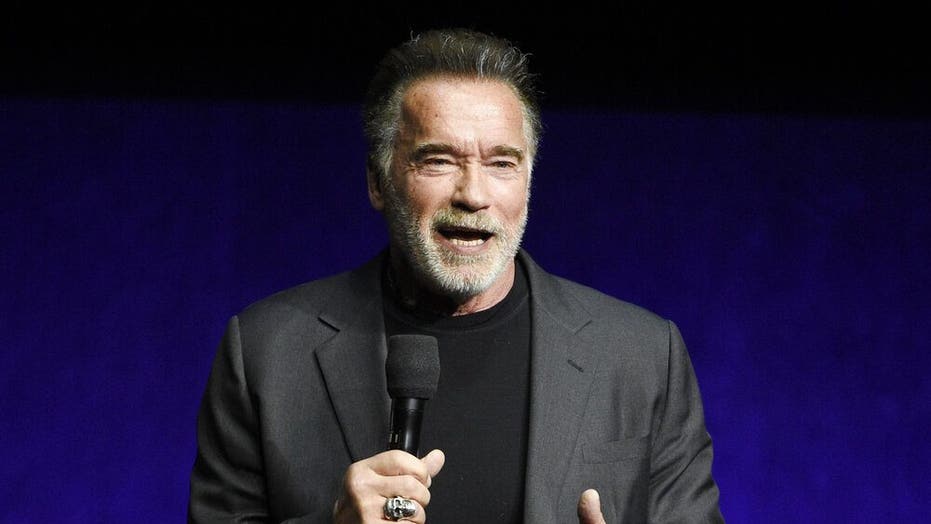 Actor and former governor of California Arnold Schwarzenegger fires back at President Donald Trump for his attacks on the late Senator John McCain.

Arnold Schwarzenegger and President Trump have been feuding for years — and the actor believes he knows why.

The "Terminator" star and former governor of California, 72, said in a new interivew that he thinks Trump is "in love" with him. "That’s the reality of it," Schwarzenegger said. "With Trump, he wants to be me.”

“I don’t think he fears me. But I remember that in the old days, when we went to the wrestling matches, the way he admired people with bodies, and the way they would jump around in the ring, and to perform physical stunts and stuff like that — he had great admiration for that," he told Men's Health for its October cover story.

In 2017, Trump tweeted about the former bodybuilder when he performed as host of "The New Celebrity Apprentice," blaming the show's low ratings on him.

"Arnold Schwarzenegger isn't voluntarily leaving the Apprentice, he was fired by his bad (pathetic) ratings, not by me. Sad end to great show," Trump wrote.

Schwarzenegger has been openly critical about Trump's political decisions. He previously mocked the president’s physique and called him “meshugge” (crazy in Yiddish) in reference to POTUS’ decision to walk away from an international accord to curb global warming.

Speaking to Empire Magazine in 2017, the former California governor blamed Trump’s involvement with the show for its low ratings.

ARNOLD SCHWARZENEGGER BLINDSIDED, DROPKICKED IN THE BACK DURING SPORTING EVENT IN SOUTH AFRICA

“I loved every second of working with NBC and Mark Burnett. Everyone – from the celebrities to the crew to the marketing department – was a straight 10, and I would absolutely work with all of them again on a show that doesn’t have this baggage,” he said, as quoted by Variety.

He continued: “With Trump being involved in the show, people have a bad taste and don’t want to participate as a spectator or as a sponsor or in any other way support the show. It’s a very divisive period now and I think this show got caught up in all that division.”