A fight is emerging over whether a son of Aretha Franklin could be put in charge of the late singer's estate after a 2014 handwritten will was found under cushions in her suburban Detroit home.

Attorneys for the estate said in a court filing Monday that "there is no basis to support the assumption" that Kecalf Franklin has the "ability, skill (and) knowledge" to become personal representative, even if the will is determined to be valid. Franklin's image, music and other assets could turn out to be worth millions of dollars in the years ahead.

Her sons had agreed to put the estate in the hands of Sabrina Owens, a relative who is a university administrator, when no will was found after Franklin's death last August at age 76. But the handwritten document discovered in May could change everything. It appears to shows Franklin wanted Kecalf Franklin to serve as the representative or executor.

A judge in Oakland County, Michigan, held a hearing Monday, but a proposed land sale was on the agenda, not the will or other documents written by Franklin. It could take weeks or months to resolve the issue.

Kecalf Franklin, a Christian rap singer, attended the hearing but declined to comment outside court. 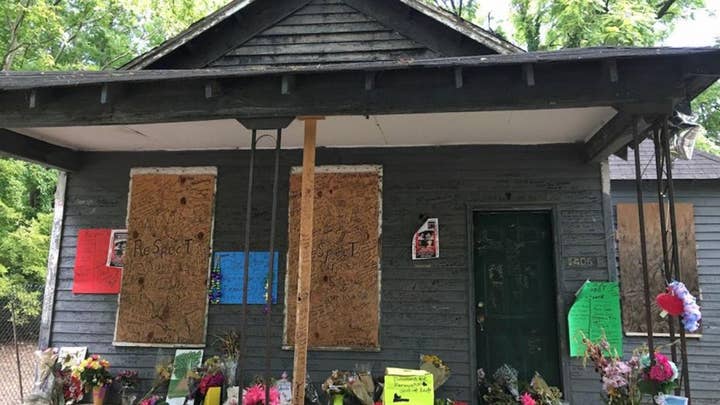 ARETHA FRANKLIN'S ATTORNEY SAYS BACK TAXES WERE PAID TO IRS

He hired a handwriting expert, Erich Speckin, to look at the will. But the expert wasn't allowed to bring his equipment into the courthouse to complete the exam on June 10, attorneys Juanita Gavin Hughes and Charlene Glover-Hogan said in a court filing.

They said Kecalf Franklin should at least be appointed co-personal representative with Owens in the short term. Attorneys for another Franklin son, Clarence Franklin, oppose the move, saying he's "totally unsuitable."

"That's not up for today," Judge Jennifer Callaghan said.

"She is the only one I believe who's capable of continuing that," Bennett told the judge.