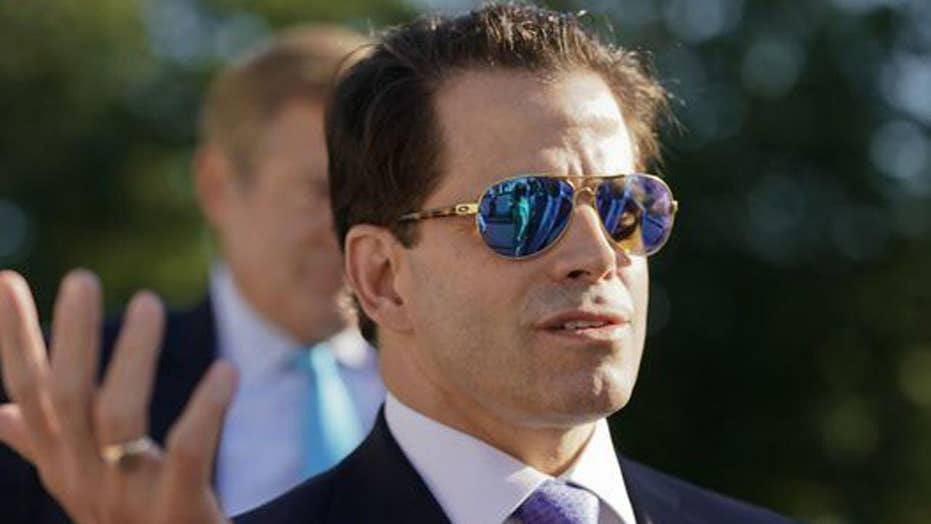 The sound of Scaramucci

After his spectacularly short run as the White House Communications Director, Anthony Scaramucci has lined up a public appearance at an unusual venue. The Mooch will reportedly appear on noted White House critic Stephen Colbert’s “Late Show.”

The news comes from Colbert’s own Twitter, where he simply dropped the news that the man he’s been poking fun at for weeks would appear on his show.

FILE - In this Aug. 10, 2015 file photo, Stephen Colbert participates in the "The Late Show with Stephen Colbert" segment of the CBS Summer TCA Tour in Beverly Hills, Calif. Colbert gleefully responded on his May 11, 2017, show to insults hurled his way by President Donald Trump, cheering the fact that he finally got Trump to say his name. (Photo by Richard Shotwell/Invision/AP, File) (Richard Shotwell/Invision/AP)

Scaramucci was removed as Communications Director shortly after the appointment of John Kelly. Ultimately, the reason for his firing came down to a profanity-laced phone call placed to New Yorker reporter Ryan Lizza. The topic was rich for comedy, and Colbert was one of the more prominent voices taking on Scaramucci, as Deadline notes.

Scaramucci will reportedly be a guest on “The Late Show” on Monday, August 14.