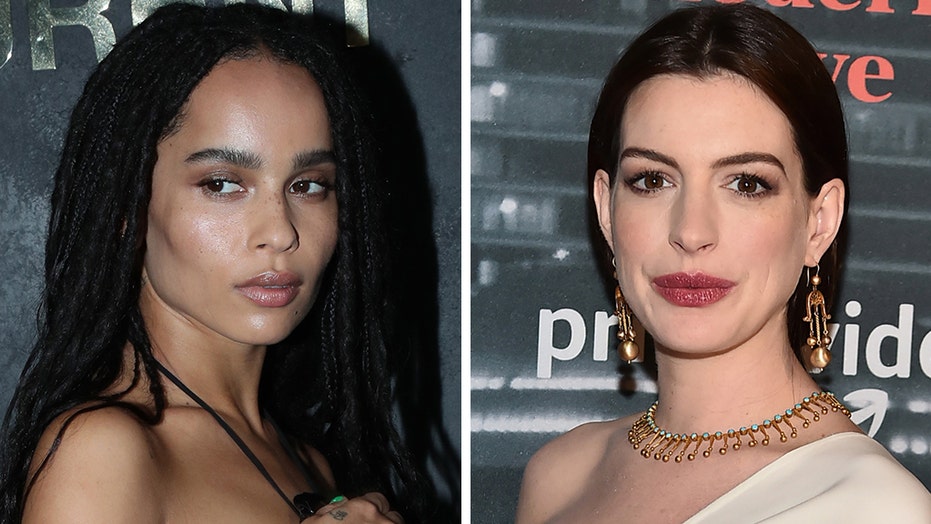 One day after it was reported that Zoe Kravitz will play Catwoman in the newest Batman flick, a Catwoman from the recent cinematic past, Anne Hathaway is congratulating the actress on landing the "role of a lifetime."

Hathaway -- who starred as Selina Kyle, aka Catwoman, in the 2012 Christopher Nolan film "The Dark Knight Rises" -- went on Facebook on Tuesday, writing: "The biggest congrats to Zoë Kravitz on landing the role of a lifetime."

"Well, one life anyway. ... ⁣⁣Enjoy the ride, Selina 💋" she cheekily added alongside a photo of Kravitz.

ROBERT PATTINSON OFFICIALLY SET TO STAR IN 'THE BATMAN': REPORTS

Kravitz's stepdad, Jason Momoa, also congratulated the star on nabbing the coveted role, posting a candid picture of the two on Instagram on Monday with the caption, “I’m so proud of u zozo bear."

On Monday, Variety and The Wrap reported that Kravitz, 30, will star opposite Robert Pattinson -- the "Twilight" series star cast as the titular tortured hero -- in the Matt Reeves-directed "The Batman."

The Catwoman role, also previously played on the big screen by Michelle Pfeiffer, is an antihero within the DC comics, as well as an occasional love interest for Batman's alter ego, billionaire Bruce Wayne.

Per Variety, filming for "The Batman" is slated to begin later this year or in early 2020, and the adventure will hit theaters in June 2021.