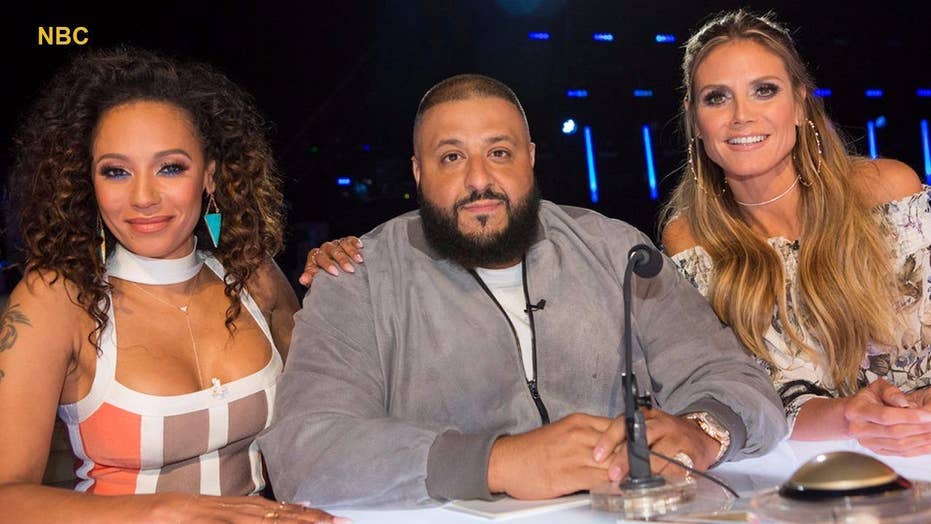 Fox411: With the competition heating up, recording artist DJ Khaled was brought in to help identify the real talent of the evening

The competition on this season of “America’s Got Talent” continues to heat up as the judges whittled down another crop of 20 performers into just 7 that will move on to the live show. It was a night of stiff competition and some outrageous moments that ultimately ended in both heartbreak and joy for those that took the stage.

Just like last week, the judges needed a little help breaking ties as the time came to decide who stays and who goes forward. This week, they brought on the star power of recording artist DJ Khaled to help identify the real talent of the evening.

Things started off pretty strong with some incredible disco singing from Sammulous and the standup comedy stylings of Steven Scott. However, it wasn’t until the incredibly entertaining, and incredibly odd, performance from The Quiddlers. Last time, they made a name for themselves by dancing as miniatures, with a costume allowing them to use their arms as legs. With their gimmick revealed in the auditions, they had to find a way to step things up. This time, they decided to get a makeover to turn them into some of the “biggest celebrities in the world.”

They took the stage for another strange dance, this time dressed as the judges Howie Mandel, Mel B, Heidi Klum and Simon Cowell. Once again, their inventive moves and hilarious style worked on the judges, particularly Simon, who pointed at his miniature counterpart and joked that he was inexplicably sexually attracted to him.

“I have to take you home with me.”

It wasn’t all fun and games at the top of the show, though. For the first time this year in the cuts round, an act got the dreaded rejection from all the judges. In the auditions, Jokgu, the piano playing chicken, gave the crowd something they’d truly never seen before. However, when it came time to turn things up to eleven, they brought out his sister for a duet. Sadly, bringing another animal to the stage did not help the situation. The wild beasts simply didn’t know how to perform on command, and left their owners standing there in perfect silence until the judges finally gave them the boot.

As always, there was a large buildup to the inevitable golden buzzer, which each guest judge gets control over. With a musician in the house, it was no surprise that Khaled had a soft spot for a lyricist. Chase Goehring took the stage during the auditions and showcased not only an ability to talk fast, but to write lyrics that were both relatable and poignant. Khaled was nodding his head the entire time. When it was finally his chance speak, he simply said that Goehring was going to be superstar and gave him the famous golden buzzer.

In the end, the seven acts moving forward were Chase Goehring, Puddles the Sad Clown, Mirror Image, Junior and Emily, Colin Cloud, Yoli Mayor and Evie Clair. They'll all perform at the Dolby Theater in the live rounds.