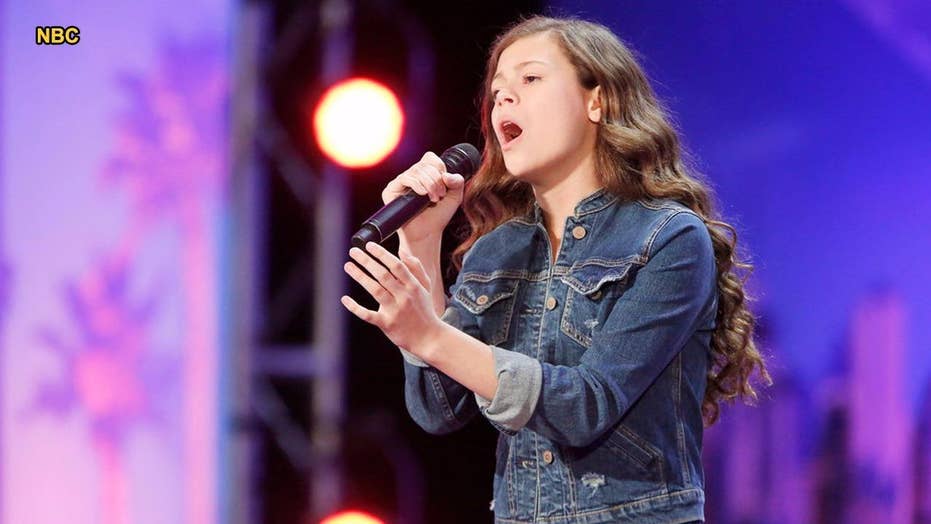 It’s been a long road filled with impressive talent and not-so-impressive performances, but the 2017 auditions phase of “America’s Got Talent” has finally come and gone. Tuesday night's show was the last chance for performers vying for a spot in the next round, so dropping the judges’ jaws was key.

The night started off with a lot of energy from the boy band stylings of 5 Alive. The group of friends believed that they’re the answer to a world that’s completely devoid of a proper boy band, which is a bold statement to utter in front of Simon Cowell, the man who discovered One Direction. Their performance was up to par for a boy band, but Hedi was on the fence and Simon was completely off board.

"So horrible. Old fashioned. Terrible," he said, much to the dismay of the crowd.. "I like you because you’re so bad."

With the crowd on its feet, it was time for someone to truly astonish. That’s when 13-year-old singer Angelina Green took the stage. The stakes were high for the young woman, who admitted to the judges that the prize money for winning “America’s Got Talent” would really help her and her mother out. Angelina revealed that her father left the family without warning when she was young. While her mom struggled to pay the bills, Angelina turned to music to help them through their trying time. Now, she was taking the stage to see if her musical obsession could pay off.

As soon as Angelina opened her mouth, the judges were completely astonished. By the time she was done with her rendition of “I’ll Stand By You,” there wasn’t a dry eye in the house and all four of the “AGT” judges were completely speechless. In a situation where words wouldn’t do, Heidi Klum knew just what to do, pushing the season’s fifth and final golden buzzer to automatically send Green to the next round. Now it was the 13-year-old's turn to shed a tear or two as her mom joined her on stage to celebrate.

Amid all the joy and happiness, the show had to address the tragedy that befell one of its contestants. Brandon Rogers had died in a car accident last month, and at the request of his family, “AGT” agreed to “honor his memory by sharing his audition.”

Rogers hailed from Portsmouth, Va., where he worked as a doctor in family medicine. In his audition, he shared that he came home from school one day to find his mother in a pool of blood. Luckily, talented doctors were able to save her life, inspiring him to become a physician on his own. The fact that he also had an incredible voice was just a bonus for the 29-year-old, who received a standing ovation from both the crowd and the judges.

“You are one of the best singers we’ve had in the competition so far, I’ve got to tell you,” Simon said.

All four judges gave Rogers a “yes” vote, which meant he would have advanced to the next round of the competition.