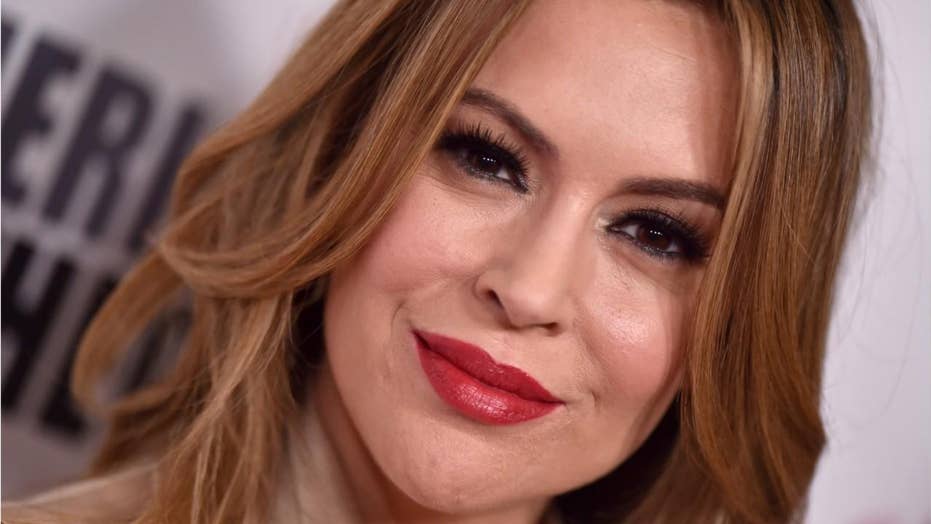 Actress and activist Alyssa Milano tweeted after the confrontation between Covington Catholic High School students and a Native American protester that the MAGA hat is a modern equivalent to white hoods worn by KKK members.

Self-proclaimed activist Alyssa Milano doubled down on her controversial tweet in which she compared "Make America Great Again” hats to the white hoods worn by the Ku Klux Klan. The Hollywood actress said she's "sorry not sorry" in a new op-ed published by The Wrap on Wednesday night.

As previously reported, Milano took to Twitter on Sunday to address the viral video of students from Covington Catholic High School participating in the March for Life who appeared to clash with a group of Native Americans marching in the Indigenous Peoples March.

“The red MAGA hat is the new white hood,” she wrote. “Without white boys being able to empathize with other people, humanity will continue to destroy itself.”

The star, who received immediate backlash for the tweet, especially after longer videos emerged from different angles sparking debate over the behavior of people on both sides of the altercation, doubled down on her remarks in the lengthy column.

"Here’s the thing: I was right," the actress penned.

"Some things in that video cannot be disputed — no matter what angle or how extended the cut is," Milano began. "These boys, who attend a religious school, were there on a school trip protesting against a woman’s right to reproductive freedom. Several of these boys were wearing red MAGA hats, a hat that has become synonymous with white nationalism and racism. Several were doing a ‘tomahawk chop.’ Several were laughing."

The 46-year-old went on to deride the high school students as “boys flaunting their entitlement and displaying toxic masculinity.” She continued her rebuke of “MAGA” merchandise, arguing that it has become a symbol of “white nationalism and racism.

“So, I won’t apologize to these boys. Or anyone who wears that hat. But I will thank them,” she added. “I will thank them for lighting a fire underneath the conversation about systemic racism and misogyny in this country and the role President Donald Trump has had in cultivating it and making it acceptable.”

From there Milano rehashed claims that Trump’s father, Fred Trump, was arrested along with six other men after a Klan parade in New York in 1927. She also alleged that some of the things President Trump has become known for by his critics would appeal to the KKK of that era. She specifically cited Trump’s calls for a border wall and the travel ban from countries with large Muslim populations.

She continued: “I am sorry. I’m sorry for the decades and decades of oppression and abuses people of color have faced in this country. I’m sorry that as part of a privileged white majority we did not stop this Administration from happening. I’m sorry to those who have suffered at the hands of the Red Hats and the policies their leadership implements. See, I’m not apologizing to the Red Hats. I’m apologizing for them.”

Milano ended her post by saying that she will continue to stand up to the red hats and what she perceives as their ideology before concluding: “Sorry not sorry.”