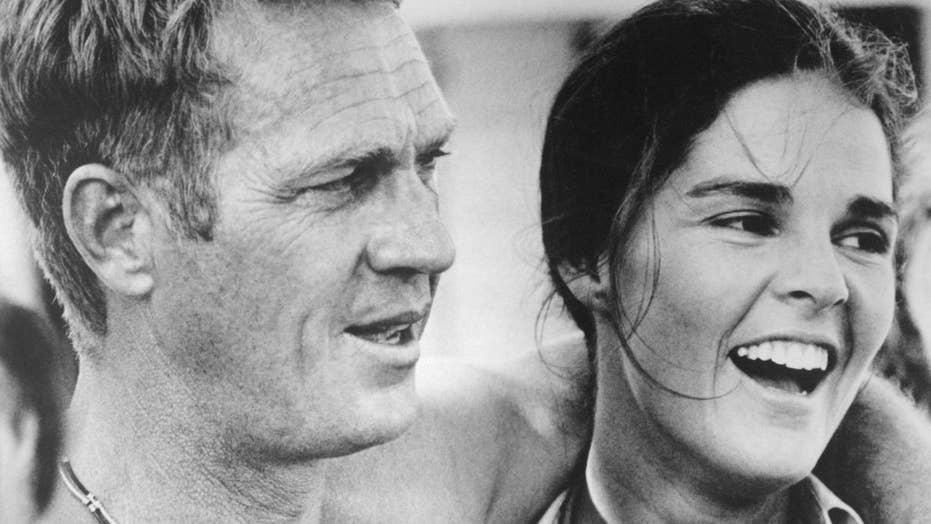 Ali MacGraw is best remembered for portraying Jenny in 1970’s “Love Story” opposite Ryan O’Neal — but the former actress experienced her own epic romance when cameras stopped rolling.

The now-79-year-old was married to Hollywood producer Robert Evans before she left him for actor Steve McQueen, her co-star in 1971’s “The Getaway.”

The actress told this week’s issue of People magazine that their relationship was “chemical.”

“This was a man who could walk into any room and [any] man, woman and child would go, ‘Whoa, what’s that?’ And I was no exception,” she explained. “He was incredibly attractive most of the time but there was also danger, there was [a] bad boy there.”

The couple parted ways in 1977 after five tumultuous years together. McQueen died three years later in 1980 at age 50 from cancer.

“I wish we had both grown old sober,” admitted MacGraw, who is now single. “There were wonderful days and dreadful days.”

Despite becoming a film icon, MacGraw left Hollywood in 1994 for a quieter life away from the spotlight in Santa Fe, N.M. She has been sober for 31 years after struggling with alcoholism.

These days, MacGraw is collaborating on a clothing line with Ibu —a role she’s perfectly content with.

“I used to rewrite the past, fantasize about the future,” she said. “But now I believe in living fully to the very best of my ability. I feel very blessed.”

This isn’t the first time MacGraw has opened up about McQueen. Back in 2017, she described to U.K.'s Times how her marriage to McQueen started off as blissful.

The former couple lived in a secluded Malibu home where they spent their time “half-naked on the beach” with “regular barbecues… endless beer and grass.”

And while they had Jack Lemmon and Walter Matthau as neighbors, they mainly resided with “real people.”

“It wasn’t like you looked out your window and here come 35 people carrying vodka drinks in bikinis,” she said. “That is how Malibu is now. It’s disgusting. It was a different time. A lucky time.”

MacGraw doesn’t regret her brief time in Hollywood and is grateful her stardom came when it did.

“I was very lucky because it happened before the advent of the absolutely horrifying cell phone as a privacy invader,” she explained. “The reality now is that we live in an era where everybody can photograph you anywhere you are, have it published and get paid thousands of dollars.

“[In the 1970s] we had clumps of paparazzi and you knew where they were — in front of certain hotels or whatever. If you were desperate to be looked at, you knew where to go. I’m the opposite and they were nice to me because I wasn’t campaigning to be a sex symbol.”

As for her current life, which involves spending much of her time volunteering for various nonprofit organizations, the answer is simple.