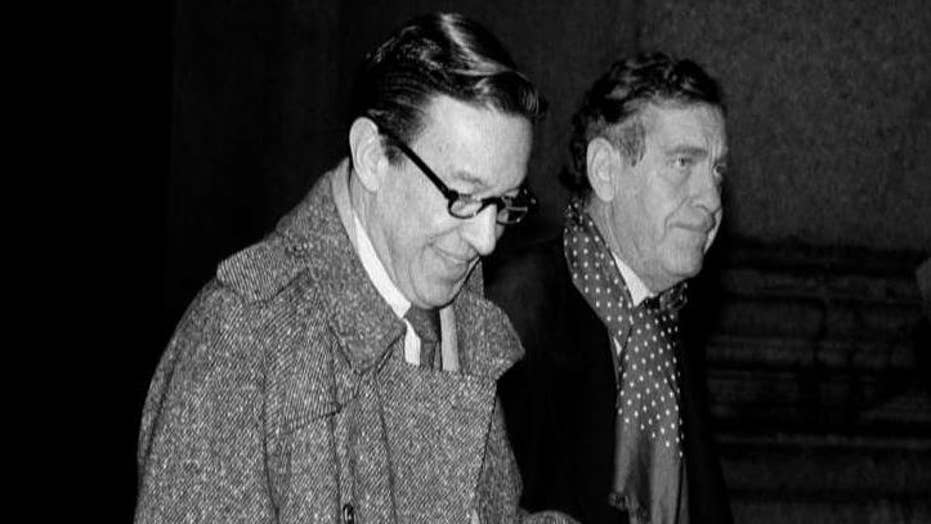 “60 Minutes” correspondent Morley Safer, who retired just a week ago after 52 years at CBS, has died, the network announced on Thursday. He was 84.

"60 Minutes" said goodbye to Safer on Sunday, honoring the newsman who was a fixture at the CBS newsmagazine.

The tribute marked the close of a decades-long career for Safer, who, according to the program, had the longest-ever run on prime-time television.

It’s been a wonderful run, and I want to thank the millions of people who have been loyal to our @60Minutes broadcast. Thank you!

During the hourlong show, Safer was described as tough, funny, intrepid, curious and courageous, with reporting that ranged from the Cold War to cyberspace, from the Muppets to the Orient Express.

Safer's first report on "60 Minutes" in 1970 was about the training of U.S. Sky Marshals. His 919th and last, a profile of Danish architect Bjarke Ingels, was broadcast in March. At 84 and dealing with health issues, Safer had cut back on work in recent years. The Toronto-born Safer was the first Saigon bureau chief for CBS News.

"Morley was right in back of me every step of the way. I had to do it. He didn't," recalled a former Army soldier whose unit Safer joined for a story. Slogging through the jungle with bullets sometimes flying was tough and dangerous duty, but "Morley was cool as a hog on ice."

His 1965 report on U.S. Marines burning the Vietnamese village of Cam Ne was a turning point in public attitude toward the war. An outraged President Lyndon Johnson wanted him fired.

Safer broadcast a report from inside China in 1967 when it still was largely a closed society and, as a Canadian Broadcast Corp. reporter, witnessed the building of the Berlin Wall in Germany in 1961.

He was a London bureau chief for CBS News in the late 1960s before joining "60 Minutes."

Safer considered one element above all — the spoken word — to be essential for great television: "What you're aiming at," he said, "are people's ears rather than their eyes."

A focus on language over video might sound strange for a journalist so identified with TV.

"I really don't like being on television. I find it intimidating," he confided, but added he had long ago made peace with it, explaining with a sly smile, "the money's very good."