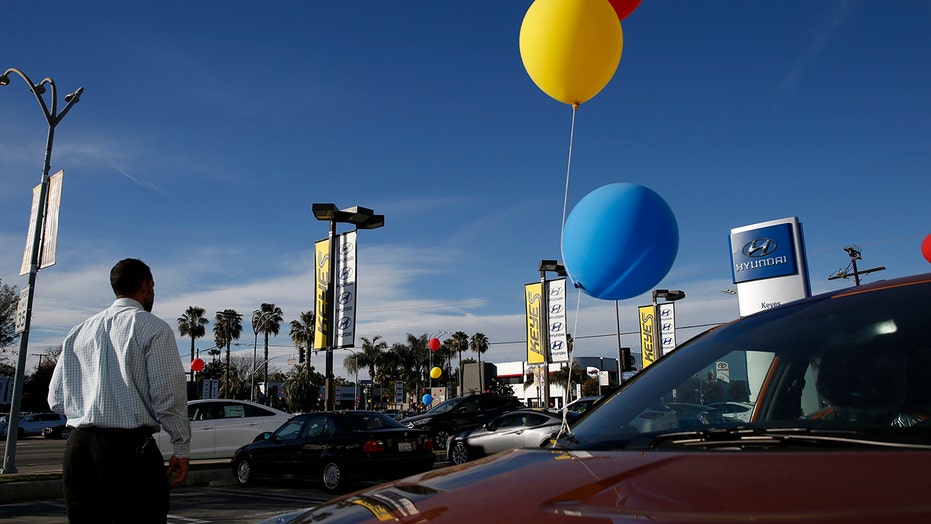 Hyundai and Kia are getting top dollar for their in-demand models. (Patrick T. Fallon/Bloomberg via Getty Images)

This year has been one of the worst for car shoppers with low supplies caused by the coronavirus pandemic leading to record high prices. The average cost of a new car sold in November hit $46,329, according to Kelly Blue Book, and relief does not appear to be in sight.

Some cars are in higher demand than others, of course, and Consumer Reports has rounded up worst of them in a top 10 list ranked by average price paid over MSRP.

It just so happens that they're all from the Hyundai/Kia group, so beware when you head to a dealership for either brand.

The Kia Telluride is one of the most-awarded models of recent years. (Kia)

The Hyundai Tucson is the brand's best-selling model. (Hyundai)

There are some vehicles that can still be had for under MSRP, however, with the best deal on one with a Consumer Reports recommendation being the 2022 Chevrolet Equinox LT with 1LT AWD that's available for 13% below list with an incentive that runs through January 3, 2022.