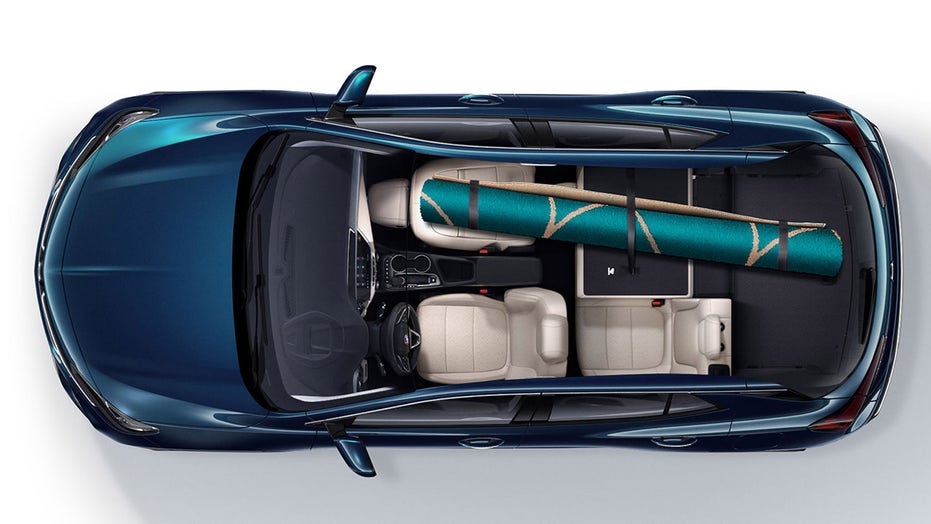 The tiny Buick Encore is such a big hit that it got an encore of its own.

The subcompact utility vehicle has been Buick’s best-seller for the past few years, and three-fourths of its buyers now come from other brands, so Buick has added the larger Encore GX to the lineup to keep the ball rolling.

The Encore GX fits into a newly emerging size class between subcompact and compact, and includes competitors like the Jeep Compass and Kia Seltos. Its starting price of $24,100 is $1,900 more than the Encore.

The South Korea-made Encore GX entered showrooms earlier this year with the literally odd claim to fame as GM’s first model powered by a three-cylinder engine since the dearly departed Geo Metro. In fact, it offers two. Low-end Encore GXs get a 1.2-liter engine rated at 137 hp with front-wheel-drive and a CVT transmission, while higher trims offer a 155-hp 1.3-liter three-banger for just $395 that delivers a solid 31 mpg combined. All-wheel-drive Encore GXs come exclusively with the 1.3-liter and a 9-speed automatic transmission.

The Encore accounted for over 40 percent of Buick's sales in the first quarter of this year. (Buick)

The styling is pure Buick, but the extra length and creases make it look less like an egg than the original Encore does. Inside, it has the same swoopy design on the dash that will be familiar to recent Buick customers, with plenty of soft surfaces wherever you’re likely to touch them.

Cabin space is ample for two with kids and can accommodate four tall adults for short rides. The cargo area is a big improvement over the Encore’s and you can fold the front passenger seat flat to fit items up to 8-feet long, so it’s basically a long-bed Buick pickup for skinny things. (For those wondering, it can also tow up to 1,000 pounds.)

Along with the layers of sound insulation that Buick prides itself on, the Encore GX can be stuffed with pretty much all the technology the automaker has at its disposal today. This includes adaptive cruise control, a 360-degree camera, a partially automated self-parking system and a foot-activated tailgate that projects a Buick logo on the pavement to show you exactly where to swipe your tootsie at night.

Add all that and the price rises in a hurry, though. I tested a top of the line Essence trim with front-wheel-drive that checked out at $34,115 with the tech features and a racy ST (Sport Touring) package that comes with an 18-inch wheel and tire combo and unique grille, bumper and rocker panel treatments.

What it doesn’t come with is sporty performance. Even with the 1.3-liter, the Encore GX is a mild one. Not slow, but also not exciting. The ride is comfortable, the steering very light and numb and the three-cylinder smoother than you might expect. This is all by design.

The Encore GX is meant to be a carefree urban oasis that’s easy to park and filled with enough luxury to make the daily commute a breeze. Based on the success of the original and growth in this segment, the Encore GX is expected to be Buick's next best-seller, so you can look forward to being stuck in traffic with plenty of mellow people driving them soon.