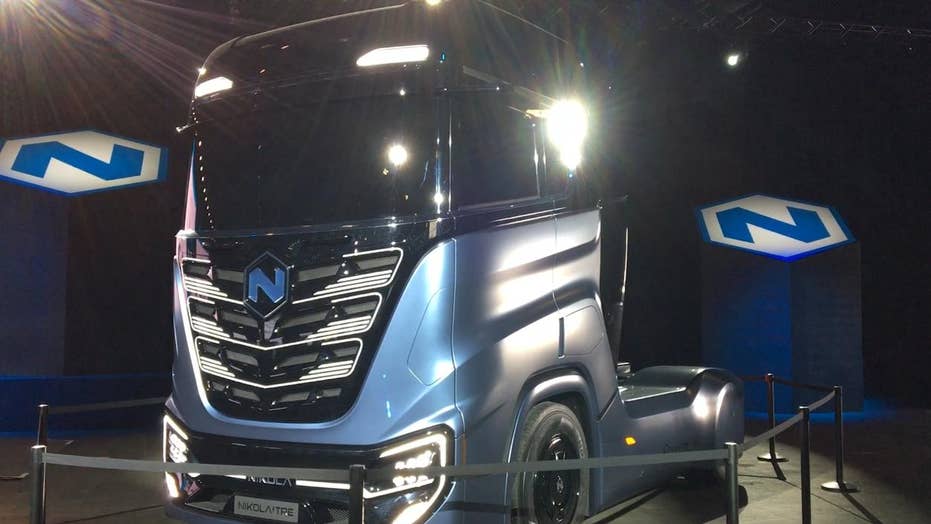 Apparently, there’s always room for one more when it comes to electric pickups.

Startup automaker Nikola has unveiled plans to offer an electric full-size pickup it is designing in collaboration with a major automaker that will produce it for the Phoenix-based brand.

The Badger will compete for customers with upcoming models from Tesla, GMC, Ford and Rivian when the order book opens later this year.

Renderings of the vehicle, which is being designed with help from Heavy D of the “Diesel Brothers” TV show, indicate it will feature a classic cab-and-bed pickup profile with modern bodywork and a high-tech interior equipped with large digital displays. Nikola says the Badger will be offered with both a pure battery-electric drivetrain and as a fuel-cell electric, which converts hydrogen gas stored in tanks into electricity.

Performance goals are similar to those proposed for the Tesla Cybertruck and GMC Hummer, with peak power outputs of 908 hp and 980 lb-ft of torque, and a 0-60 mph acceleration time of 2.9 seconds aided by supercapacitor technology.

Additional specifications include an 8,000-pound tow rating, the ability to climb a 50 percent grade and a 300-mile per-charge range for battery-powered models, while fuel cell versions extend that to 600 miles between fill-ups.

Nikola is also working on several electric and fuel cell-powered semi-tractors that it claims to have $14 billion worth of orders for and will begin producing at a factory it is building in Coolidge, Ariz., starting in 2022.

A Nikola spokeswoman told Fox News Autos that the manufacturing partner for the pickup has been confirmed and will be announced at the company’s annual Nikola World event in September.