General Motors has stayed the execution of two of the five American-made car models that it was expected to discontinue this summer when it idled the plants that produce them.

The Chevrolet Impala and Cadillac CT6 full-size sedans will instead be built through January 2020, keeping the lights on at GM’s last factory in its hometown, the Detroit-Hamtramck Assembly for an extra seven months.

Production of the Chevrolet Volt hybrid and Buick LaCrosse ended at the facility on February 15, and neither model will be replaced as the automaker shifts its product focus toward fully-electric cars and utility vehicles. 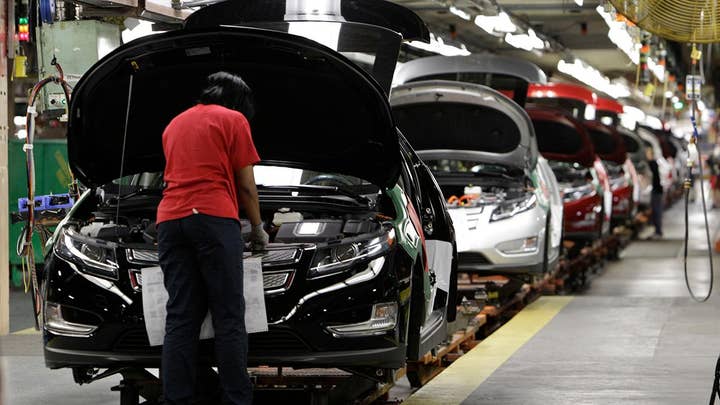 GM announced the idling of the plant along with four other manufacturing facilities in North America last November, setting the stage for the elimination of a total of six models and several thousand jobs. A few weeks later, at January’s Detroit Auto Show, Cadillac President Steve Carlisle clarified that the company was looking for a way to keep offering the CT6, which has been updated for 2016 with a new high-performance model and is the only vehicle in GM’s lineup to feature the Super Cruise semi-autonomous driving aid.

The U.S. factories can’t technically be closed permanently unless an agreement is reached with the United Auto Workers union, and GM executives have been using the term “unallocated” to describe their immediate futures. The Impala is also produced at a GM factory in Oshawa, Canada, that is scheduled to be idled at the end of 2019.

BUICK IS KILLING THE CASCADA CONVERTIBLE THIS YEAR