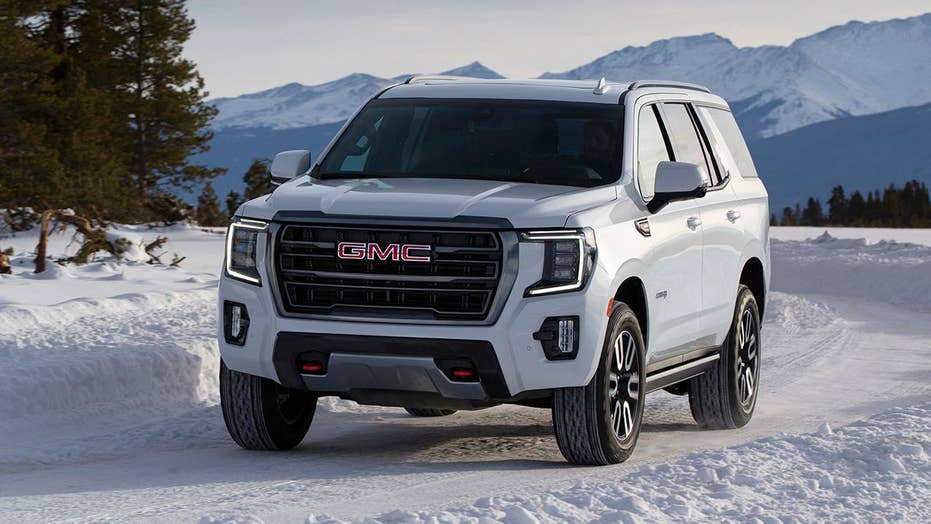 The all-new 2021 Cadillac Escalade debuted in Hollywood on Tuesday night with stylish new duds and a dazzling array of tech worthy of the model’s celebrity status at the top of GM’s lineup.

The full-size SUV was unveiled with a short promotional film directed by Oscar-winner Spike Lee as part of the lead-up to The Academy Awards, for which Cadillac is the official automotive sponsor.

The Escalade has been the bestselling full-size luxury SUV in the U.S. for the past two decades and the updates are aimed at retaining the roughly 2-to-1 lead it holds over its chief rival, the Lincoln Navigator, which has become increasingly popular since its redesign for the 2018 model year.

The new Escalade adopts Cadillac’s latest family face, with the slim horizontal headlights, vertical light bars and shield-shaped grille that first appeared on the XT6 crossover, but it shares its bones with the recently introduced Chevrolet Tahoe/Suburban and GMC Yukon. The body on frame truck platform is equipped with a car-like fully-independent suspension that can be enhanced with computer-controlled dampers and air springs to further improve the ride and handling.

Despite GM’s promise of an all-electric future, there isn’t a battery-powered drivetrain offering, but there is something different. Along with the Escalade’s familiar 420 hp 6.2-liter V8, Cadillac has for the first time added a diesel engine to the options list. The 3.0-liter turbocharged inline-6-cylinder is currently available in GM’s full-size pickups where it delivers best in class fuel economy, but final figures for the Escalade are not yet available. Both engines are paired with a 10-speed automatic transmission.

Cadillac president Steve Carlisle didn't say if this generation of the Escalade would ever go zero-emissions, but told Fox News Autos that the entire brand is transitioning in that direction and "would be able to be full-electric by the end of the decade." It's first battery-powered model is set to be a crossover utility vehicle that may be revealed this year.

The Escalade will be just the second model to feature the semi-autonomous Super Cruise driver aid that is Cadillac’s answer to Tesla’s Autopilot. The system uses cameras, radar, hyper-accurate GPS and a database of 3D maps of over 200,000 miles of roads to provide hands-free driving on limited-access highways as it steers the car between the lines and controls the speed to avoids obstacles ahead of it. Facial recognition ensures the driver is paying attention to the road ahead, or else it deactivates the system, which can also perform lane changes in traffic with a tap of the turn signal.

The Escalade’s signature feature, however, is a 38-inch curved display comprised of three OLED screens that house the instruments and touchscreen infotainment system. A feed from a night-vision camera with pedestrian detection and an augmented reality navigation system that overlays directional animations onto live camera views can be projected on the center screen.

The cabin, which is roomier than the current Escalade’s, also offers a 36-speaker audio system from Harman’s high-end division AKG with dual-zone volume control for the front seat passengers, plus twin 12.6-inch touchscreen entertainment systems for the second-row.

Pricing for the 2021 Escalade will be announced closer to when it goes on sale this summer, but the outgoing 2020 model starts at just over $75,000.