DETROIT – Cadillac released the first images of its upcoming electric SUV at the launch of its new, conventional XT6 crossover in Detroit on Sunday night.

The automaker on Friday revealed plans to reposition the brand at the forefront of General Motors upcoming shift to electric propulsion.

GM SAYS HYBRIDS ARE OVER, REBOOTS CADILLAC AS AN ELECTRIC VEHICLE LEADER

Technical details were not divulged, but the sleek utility appears to be a midsize model that features the next evolution of Cadillac’s styling.

Cadillac president Steve Carlisle did say that it would be offered in both front-wheel-drive and all-wheel-drive versions and built on a platform that will spawn several other models.

THE XT6 IS CADILLAC'S NEXT BIG THING 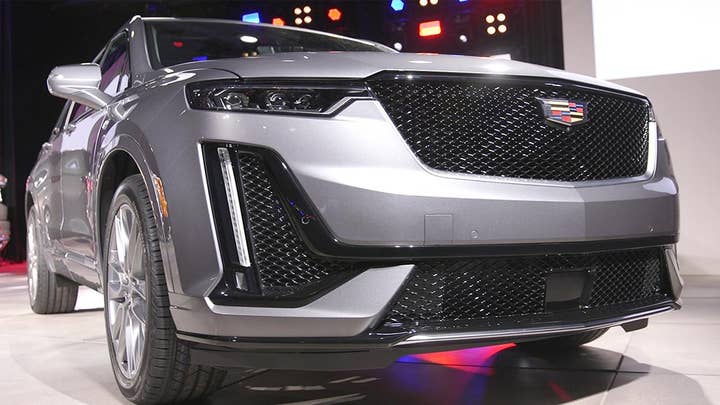 GM President Mark Reuss has previously said that a range of 300 miles is the sweet spot for electric cars, and that the platform uses a modular battery pack to accommodate a variety of vehicle types.

No date for the EV’s release was announced.

Along with the electric car renderings, Cadillac also played a computer animation depicting its vision for a future autonomous SUV with a steering wheel that folds away into the dashboard.