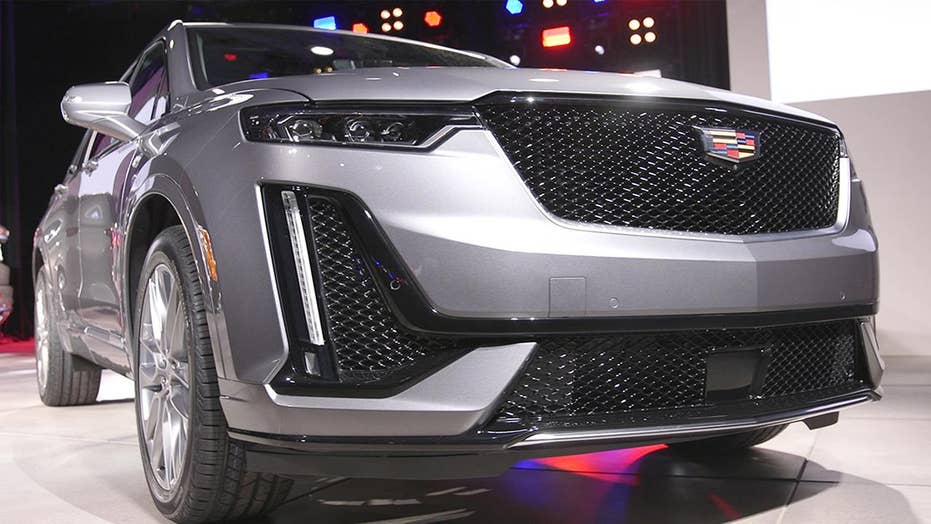 The XT6 is Cadillac's next big thing

The Cadillac XT6 SUV making its debut at the Detroit Auto Show is the brand's first large crossover. Fox News Autos Editor Gary Gastelu spoke to Chief Engineer John Plonka about what else sets it apart.

There’s no use crying over spilled Cadillacs, but I’ll pour one out for them anyway.

GM’s flagship marque has likely lost hundreds of thousands of sales over the past decade by not being in a class it should’ve owned: three-row crossover utility vehicles. Chevy, Buick, and GMC have been offering the Traverse, Enclave and Acadia since before the GM bailout, which means Cadillac has had plenty of platforms available to borrow. Even Saturn had one in its lineup at the time of its demise.

Instead, while the SRX/XT5 and Escalade SUVs have been killing it, Cadillac spent that time trying to compete with sports sedans from import brands … just as they were shifting toward SUVs. But now that has been remedied with the introduction of the XT6, which is mechanically related to all the crossovers mentioned above, just as the platform-sharing gods intended.

The XT6 is slightly smaller than its less luxurious siblings and has the same front cabin as the XT5, but the exterior is set apart with Cadillac’s new slim horizontal headlight design. The look gets more generic as you shift your gaze down the side, and it could probably pass for a Volvo XC90 in profile.

REPORT SAYS AN CADILLAC ESCALADE IS IN THE WORKS

The XT6 relies on basically the same 310 hp V6 and 9-speed transmission as its corporate cousins, in both front-wheel-drive and all-wheel-drive configurations. The interior is pure Cadillac, however. It has a sharp, clean design dressed to impress with smooth-as-silk leather and an Alcantara-like microfiber suede headliner in high-end models. The control layout is a mixed bag, as it features some unresponsive touchpads and a small touchscreen display that doesn’t work with gloves, at least not mine. But the infotainment system it runs is Cadillac’s latest and equipped with the all-important Apple CarPlay and Android Auto integration.

The XT6 is available in six-passenger and seven-passenger configurations with plenty of room to go around, but not quite as much as the most spacious models in its class, including the new Lincoln Aviator. Prices start at $53,690, with all-wheel-drive adding $2,000, which puts it right in the mix with competitors like the XC90, Aviator, and Audi A7, while undercutting the BMW X7 and Mercedes-Benz GLS three-row SUVs by around twenty grand. That is unless you start tacking on the options, which brought the price of my Sport test car to $73,040.

Most of the extras were trim and creature comforts that a budget-minded luxury SUV buyer could live without, but you’ll have to check a couple of boxes to get driver aids like adaptive cruise control, a 360-degree camera and an infrared night vision system. Cadillac’s hands-free Super Cruise semi-autonomous driving highway feature is not available on the XT6.

The Sport only comes with all-wheel-drive, and gets a standard adaptive suspension system that keeps the body motions in check over any surface. It helps provide about as good of a ride and handling mix as you can expect, even riding on 21-inch wheels and the low-profile tires that come with them. It’s far from a performance vehicle, but it can get out of its way just fine and the engine is much smoother than you might expect, given its plebian roots. Fuel economy is a so-so 20 mpg combined and the tow rating a healthy 4,000 pounds.

All told, although it’s new, the XT6 gives the impression that it’s been around for a while and is not at all a next-generation vehicle. That’s not necessarily a bad thing and it should do well to keep growing families in the Cadillac fold. In fact, it's already seeing strong sales.

Unfortunately for Cadillac, it can’t travel back in time to make up for the ones it missed out on before the XT6 arrived.