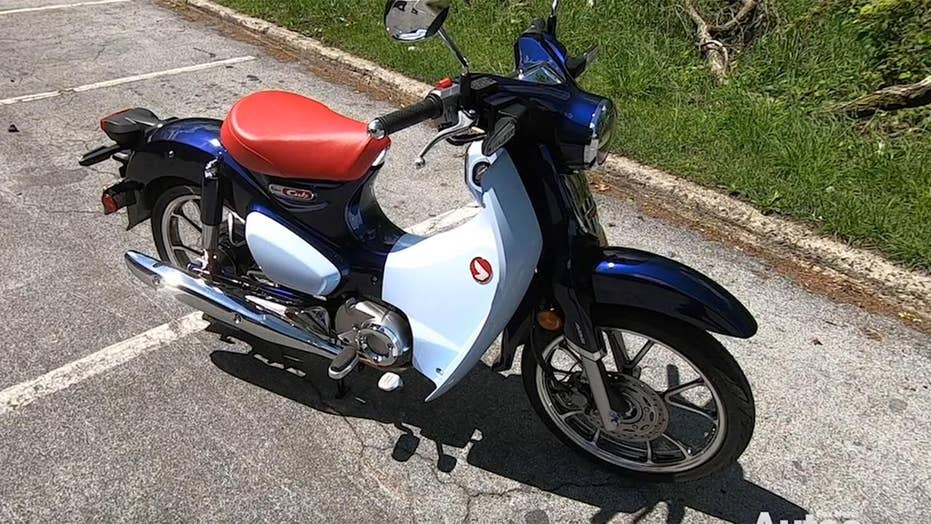 Well, if you’re talking cars, it’s the Corolla. Toyota has sold over 45 million of them worldwide since 1966, keeping it ahead of the Ford for now. But if the number of wheels doesn't matter, it’s not even close to number one.

That claim to fame belongs to the Honda Super Cub motorcycle. Over 100 million of its various incarnations have been sold since 1958, and that’s without it even being available in the U.S. since 1983.

The Super Cub was advertised in the 1960s with the slogan: You Meet the Nicest People on a Honda. (Honda)

Back then it was called the Passport, which is now the name of a Honda SUV in a stark example of how times have changed, but the Super Cub is back for 2019 in all of its retro glory.

The throwback bike may not look like it’s aged a day, but is all new and entirely modern. It has a 125cc engine with electronic fuel injection, LED lighting, remote keyfob, built-in alarm and a front anti-lock disc brake.

The single-seater also has an automatic clutch and a four-speed transmission with a rocker-style shifter that lets you change up gears with your heel so you don’t have to scuff the toe of your shoe. (Or your toe itself, as many will likely ride the Super Cub while wearing flip-flops, even though that’s not advised.)

That makes it an easy, but still interesting ride. Midway between a scooter and a motorcycle, it’s tall enough to accommodate six-foot-plus riders like myself comfortably, and with about 9 horsepower on tap can get out of its own way. I weigh about 200 pounds and had no trouble getting up hills and was able to hit 65 mph, although the Super Cub is happiest below 50 mph. It’s not even legal on the freeway in some states, like California, and is best suited to city streets and country roads.

A soft suspension makes easy work of either, and the relatively tall tires handle rough roads and potholes well as the Super Cub delivers about 100 miles for each fill of the one-gallon tank located under the seat. Unfortunately, that’s all that’s there. The $3,789 Super Cub’s major shortcoming is that it has no storage space, unless you order it with the optional rear fender rack.

Well, hopefully your local dealer did, because Honda has already dished out its entire U.S. allocation for 2019, but it is begging HQ for more. In any event, the Super Cub will be back for 2020 and isn’t going away again anytime soon.