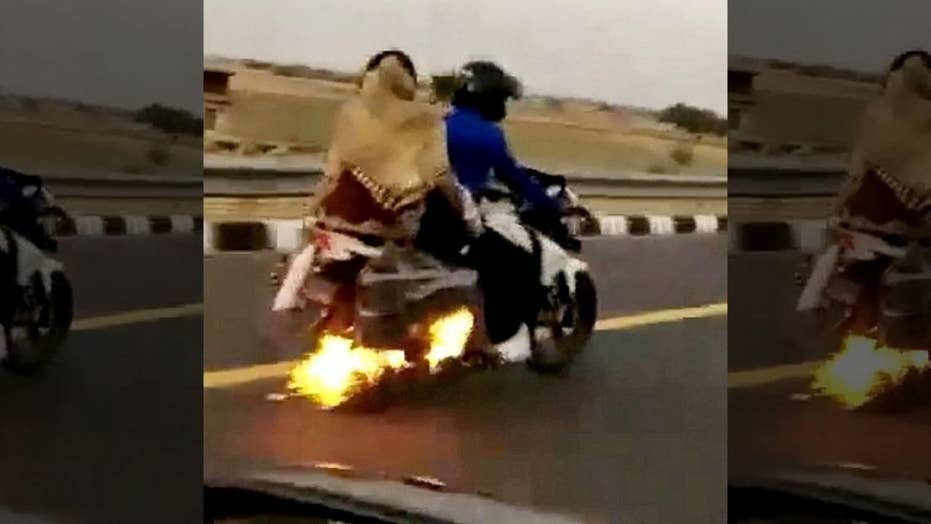 Police save family aboard flaming motorcycle

A motorcyclist and his family were saved from a potentially disastrous situation as they cruised down the highway oblivious that the bike they were on was in flames.

Now this is a road hog.

Triumph has unveiled a new motorcycle that has the largest engine of any production bike from a major manufacturer.

The Rocket 3 TFC is powered by a 2.5-liter three-cylinder motor, which has the same displacement as the engine in a base Chevy Colorado pickup.

It’s rated at 168 hp and 163 lb-ft of torque, which makes the company’s most-powerful bike ever and the torquiest in the world – the latter title a tie with the standard Rocket III, which has a 2.3-liter engine that used to be the king.

But the Rocket 3 TFC is also 88 pounds lighter than the Rocket III and comes with high performance Brembo brakes, an adjustable Showa monoshock rear suspension, shaft drive and all of the traction and stability controls needed to help keep the power under control.

\Nevertheless, Triumph knows the monster motorcycle isn’t for everyone and is building a limited run of 750, with just 225 earmarked for the U.S. at $29,000 each and deliveries scheduled to begin just in time for the holidays in December.