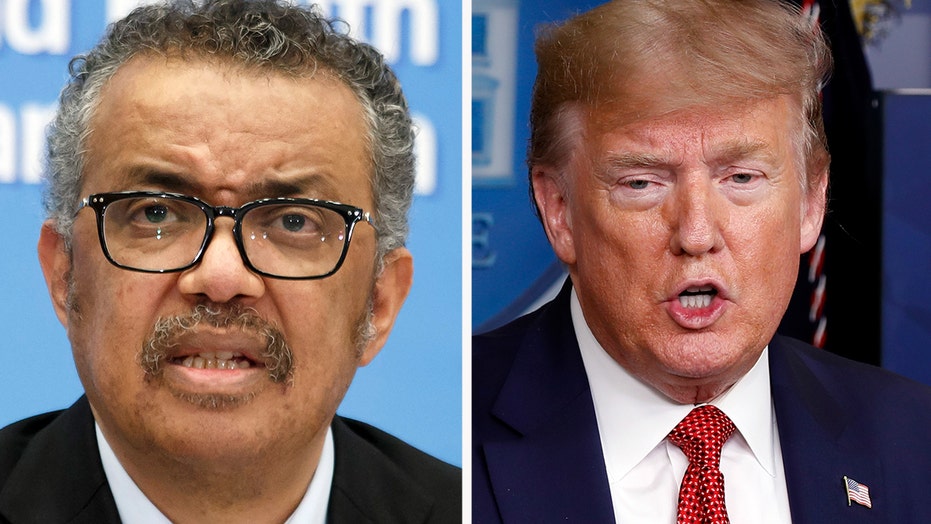 President Trump sent shock waves around the world this week when he slammed the World Health Organization, claimed it favored China, blamed it for causing thousands of coronavirus deaths and ordered a freeze on funding from the U.S.

His decision was criticized by world leaders as well as political rivals at home, who called it reckless, irresponsible and an attempt to deflect criticism from his own administration's decision to downplay the novel coronavirus when warnings first surfaced.

WHO's Director-General Tedros Adhanom Ghebreyesus, along with China and private donors, have asked Trump to reconsider. So far, the president has refused to budge.

Much has been written about the financial fallout and the impact it could have on the WHO's efforts to battle, not only the current coronavirus crisis, which has infected more than 2 million people globally, but a long list of other diseases it is committed to fighting, including Ebola, malaria, cancer, diabetes and polio. 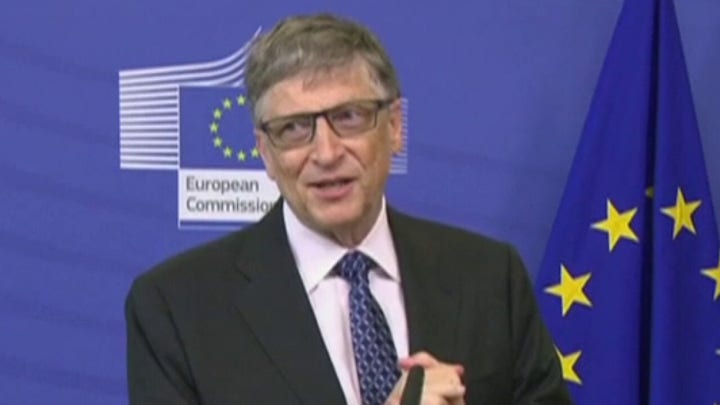 Tedros, who was elected in July 2017 to a five-year term, said the WHO would review the impact of the U.S. withdrawal and "work with our partners to fill any financial gaps we face and ensure our work continues uninterrupted."

Hours later, one of the WHO's biggest backers, the Bill & Melinda Gates Foundation, announced they would be giving an additional $150 million to fight the coronavirus pandemic. The foundation had already pledged $100 million in February to fight COVID-19. Their new $250 million total will go toward the "support development of diagnostic, therapeutics, and vaccines; help strength African and South Asian health systems; and help mitigate the social and economic impacts of the virus," according to a press release.

“COVID-19 doesn’t obey border laws. Even if most countries succeed in slowing the disease over the next few months, the virus could return if the pandemic remains severe enough elsewhere,” said foundation co-chair Bill Gates. “The world community must understand that so long as COVID-19 is somewhere, we need to act as if it were everywhere. Beating this pandemic will require an unprecedented level of international funding and cooperation.”

Trump's complaint that the WHO relies too much on donations from the United States might have some merit. Critics of the organization, founded in 1948 and headquartered in Geneva, Switzerland, have long complained of lopsided funding and an unfair system.

Fox News breaks down the WHO's financials

The organization itself runs on a two-year budget cycle. For 2020 and 2021, its budget for carrying out its missions is $4.8 billion — about one quarter of the cash the U.S. Centers for Disease Control and Prevention gets, said Lawrence Gostin, a law professor at Georgetown University and director of the World Health Organization Collaborating Center on National and Global Health Law, which is an independent agency that works with the WHO.

Funding for the WHO is split into two uneven categories.

The first are assessments or dues each member state is required to pay, and is based on population and income. The second category is labeled "voluntary" and includes extra money governments float to the organization as well as private donations. These assessed contributions make up about 20 percent of the WHO's total budget while the voluntary funds make up the rest.

The United States is the largest single government donor to the WHO and accounts for about 20 percent of the WHO's total budget. The U.S. also gives the most money in voluntary contributions.

Assessed – or mandatory – fees for the U.S. work out to be about $237 million or about 22 percent of the total assessed fees. China, by comparison, pays only 12 percent of the WHO's assessed budget, followed by Japan at 8.6 percent and Germany at 6.1 percent.

Assessed contributions have declined as an overall percentage but remain as a key source of funding for the WHO.

The set funds provide predictability and help to minimize dependence on a narrow donor base. The assessed fees are due January 1 from 194 member states and two associate members. If the total annual fees for a member state is greater than $200,000, that member's contributions are assessed half in U.S. dollars and the rest in Swiss francs. Members whose annual fees come out to less than $200,000 must pay in U.S. dollars.

WHO DIRECTOR'S OUSTER SHOULD BE CONDITION OF CONTINUED US BACKING, GOP LAWMAKERS SAY

When it comes to voluntary contributions, the United States also ranks supreme, though Trump has sought to cut U.S. contributions to the WHO, pre-COVID-19.

In its proposed 2021 budget, the administration pushed to have its voluntary contributions slashed in half, to $58 million. Most of the money from the United States goes toward fighting polio (27.4 percent), as well as developing vaccines (7.7 percent) and increasing access to essential health and nutrition services (17.4 percent) around the world.

Less than 3 percent of U.S. funds goes toward emergency operations, while just 2.3 percent is earmarked for outbreak prevention and control.

Several of the next largest national contributors are European: the U.K. provides 7.79 percent of the WHO budget and Germany 5.68 percent, while the European Commission provides 3.3 percent. Japan covers 2.76 percent, according to the organization's 2018-19 budget.

However, in terms of brass tacks, the second largest voluntary contributor to the WHO is the Bill & Melinda Gates Foundation, which pays about $531 million.

The third is the GAVI vaccine alliance, a public-private global health partnership focused on increasing immunizations to poor countries. (The Gates Foundation donated $1.56 billion to GAVI between 2016-2020.) GAVI gives more than $370 million to the WHO, with about 72.36 percent of its funding going toward vaccines and preventable disease.