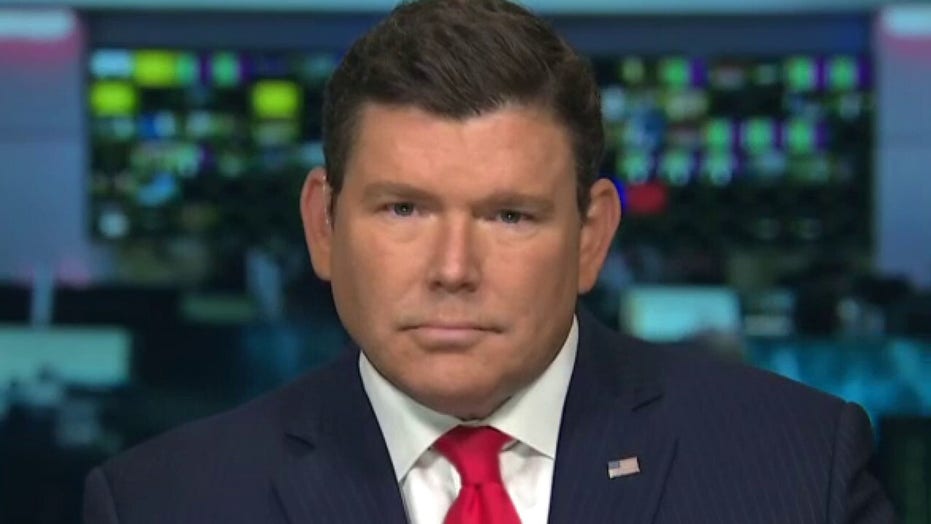 President Trump ignited a firestorm on Tuesday after announcing that the U.S. would temporarily cease funding the World Health Organization (WHO) after accusing the agency of dangerous "political correctness" in embracing China's cover-up, thus paving the way for the coronavirus pandemic.

But WHO is only one patch of an increasingly fragile fabric that is the United Nations.

"China is in a position to veto and stub out any effort by the U.S. to pass a resolution against it in the Security Council," Nitsana Darshan-Leitner, an Israel-based attorney who specializes in suing terrorist regimes and state sponsors who orchestrate human rights abuses on behalf of victims, told Fox News.

"As an economic powerhouse with the ability to punish smaller countries that rely on its trade and markets, most of the 190 countries that are part of the General Assembly would be loath to join in a U.S.-sponsored resolution that would condemn China for its role in the pandemic.

"Moreover, General Assembly resolutions, which might be embarrassing and humiliating to Beijing, are largely symbolic and do not have any actual bite and, as such, most of the world would be too fearful of Chinese retribution to join along in this gesture."

In this Sept. 11, 2017, file photo, The United Nations Security Council votes to pass a new sanctions resolution against North Korea during a meeting at U.N. headquarters.  (AP)

Indeed, questions have again been asked about the usefulness of the UN Security Council, whose primary function centers on maintaining worldwide peace and security, with China, a permanent member, insisting that battling coronavirus is outside the council's mandate.

During the month of March, as the illness spread rampantly across the globe, China held the presidency of the council. Subsequently, China did not call a meeting on the matter – blaming technical limitations – and canceled its last scheduled meeting of the month; coordinated action was not taken.

This month, non-permanent member Dominican Republic holds the presidency. A Security Council meeting was held, via video conference last Thursday, not at the behest of the five permanent, veto-wielding members – the U.S., China, Russia, the United Kingdom, and France – but at the insistence of nine of the 10 non-permanent members.

Diplomats have faulted bickering between the U.S. and China for mainly paralyzing the council. Beijing has sought to bury the crisis, while Washington has ignited irritation by insisting that any Security Council movement must detail the origins of the coronavirus and exactly when and how it started. Subsequently, China's UN Ambassador Zhang Jun has called on fellow members to reject the "stigmatization and politicization" of the new virus and are reportedly demanding that their heroic efforts to contain the pandemic be included in any resolution.

Adding more mayhem to the mix, Russia is asserting that ambassadors show up in person at the Security Council to vote on any resolutions put forward, contravening public health guidance urging people not to congregate in clusters.

By contrast, in 2014, the Security Council came together – a rare moment in which the U.S., Russia, and China joined forces – to declare the Ebola outbreak in Africa a threat to world peace and security, and conduce a universal proposition. Years earlier, they also pulled a consolidated exterior in the face of the growing HIV crisis.

Estonia will chair the council for May, and it remains to be seen what – if any – action on the pandemic will pass.

In terms of the much larger General Assembly, last week Russia drafted a coronavirus resolution that ignited the ire of the United States, taking shots at Washington's failures and ultimately seeking to ensure that countries "refrain from raising trade barriers" or implementing protectionist measures.

The declaration was dismissed by the U.S. and its allies, and the assembly instead opted to pass a more neutral resolution penned by Singapore, calling on "the United Nations system under the leadership of the United Nations Secretary-General to work with all relevant actors in order to mobilize a coordinated global response to the pandemic and its adverse social, economic and financial impact on all societies."

"To utilize political capital to try and bring China to account and then lose in the UN would hurt America's credibility and provide Beijing with a powerful bill of clean health diplomatically," Darshan-Leitner contended. "It's a fool's errand to believe the U.S. could sway so many countries to sign on against economic giant China, which would no doubt utilize its might to retaliate."

From her lens, many of the 190 plus states in the General Assembly "are part of a Third World alliance dedicated to opposing the U.S. and blocking any efforts to bring outlaw regimes to account."

"In the Security Council, Russia and China almost always oppose the U.S. on every significant issue and will utilize their vetos to thwart any American-led resolutions or sanctions regardless of how outrageous or disastrous the offending country has acted," she said.

It remains unclear if the annual UN General Assembly, which takes place in New York City every September as an opportunity for all 193 members to convene, will even go ahead, and whether any action will bear fruit in the meantime.

Adding insult to injury earlier this month, China was appointed to a panel on UN's Human Rights Council, where it will help vet candidates for critical posts.

"Many parts of the UN system are unwilling to challenge China. In particular, the UN human rights system has rarely criticized China in recent years," noted Brett Schaefer, senior research fellow in international regulatory affairs at the Heritage Foundation. "For instance, the Human Rights Council has never passed a resolution condemning China despite extensive human rights violations on religious freedom, freedom of speech, due process, and massive mistreatment of millions of Uighurs."

And just as world economies have been crippled by the pandemic, the UN is likely to endure a financial crisis of its own. Funds for some of its most elemental units, such as the peacekeeping unit, are quickly drying up – and donations are likely to dwindle significantly.

However, the UN has been devoting its resources to other aspects of the pandemic.

UN Secretary-General Antonio Guterres has continuously promoted cooperation between all member states, denounced the rise in domestic violence amid lockdown, and signaled a cessation of hostilities in regions ravished by conflict.

This week, the organization announced that the UN Education, Science, and Cultural Organization (UNESCO) was heading the drive to "counter falsehoods and promote the facts about the virus," after the Secretary-General raised concerns that "fake news" – both malicious and ill-informed – was encouraging dangerous and "unproven" coronavirus cures.

Furthermore,  Guterres has avoided any public scrutiny of Beijing's handling of the novel pathogen that has since killed more than 134,000 people globally, but instead made a point of praising its "remarkable" coronavirus control efforts and decrying any derogation of the country.

People bow their heads during a national moment of mourning for victims of coronavirus at an official ceremony in Wuhan.(AP/Chinatopix)

And while shifts in the UN approach to China's dominance might not happen overnight, some experts anticipate some incremental changes.

"Many nations are upset at China for its role in COVID-19. The U.K. is reportedly reconsidering its relationship with China," Schaefer added. "African nations have formally protested the Chinese treatment of Africans in China in the wake of COVID-19."