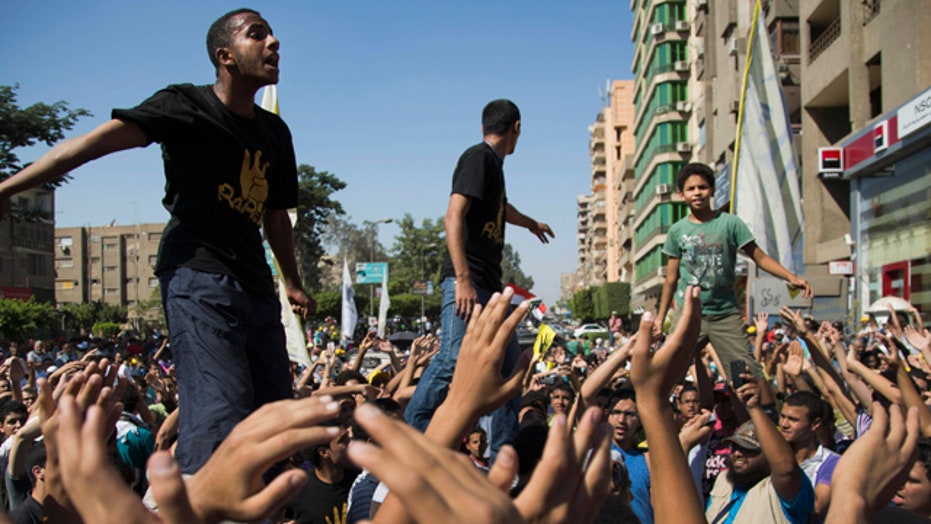 Why Egypt’s economy matters to US national security

Egypt has faced uncertainty over its future since the ouster of President Mohamed Morsi earlier this year. Violence has dampened hopes for an economic rebound and there is reportedly widespread frustration among Egyptians due to the failure of the current government to  create jobs and opportunities.

According to the World Bank, Egyptian economic growth has remained weak in recent months with a high fiscal deficit and gross public debt rising to nearly 100 percent of GDP [gross domestic product].

“The economy has been in real dire straits … for two years now we’ve been going downhill,” said Fahmy. “Tourism dried up and a lot of people are out of work.”

Aclimandos says it was difficult for the economy and businesses to grow during Morsi’s regime.

“We had to deal with a lot of incompetence,” said Aclimandos. “The economy went down drastically … we had rampant inflation, it was not a good situation.”

Egyptians have experienced higher food prices than in the past with inflation spiking 10 percent in June 2013. The average family in Egypt is now spending half of its income on food. Half of Egypt's population lives on less than $2 per day.

Fahmy believes Egypt must get its security under control before anything can move forward, saying Egypt has seen a dramatic rise in violence. In 2012, murders in Egypt rose 130 percent, while robberies spiked 350 percent and kidnappings increased 145 percent.

While the country’s unemployment rate officially reached over 13 percent this past June, nearly three-quarters of the unemployed are between the ages of 15 and 29.

“The resources of the country alone will not provide jobs for 60 percent of the population, which are under the age of 30 years old,” said Aclimandos.

Aclimandos says, “you must get foreign investment” in order to help Egypt’s economy grow. “Tourism provides a very high number of employment opportunities … right now tourism is at its slowest,” said Aclimandos.

“The real answer to the economic situation [in Egypt] is to have everybody being productive,” said Aclimandos.

Watch the full interview with the American Chamber of Commerce in Egypt’s Hisham Fahmy and Anis Aclimandos above.