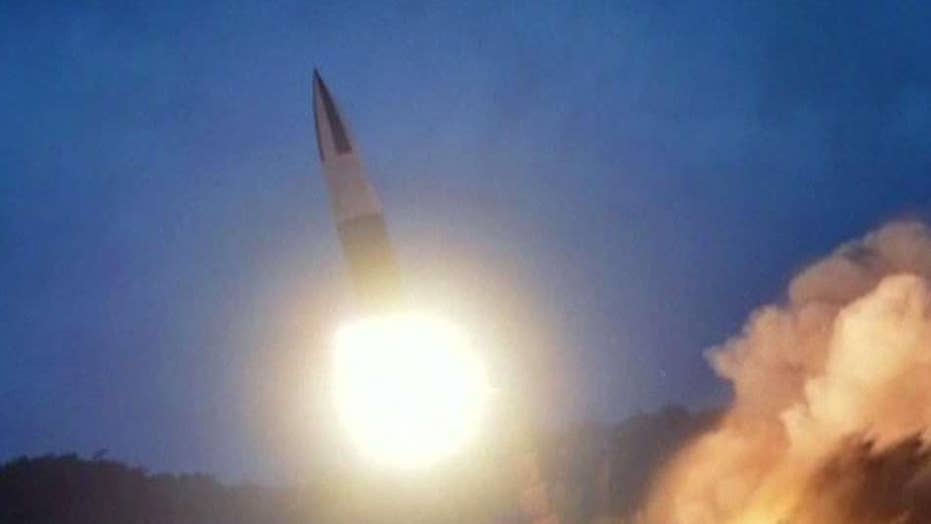 Ri Sol Ju is a woman who remains shrouded in mystery.

The “revered first lady” of North Korea, believed to be around 30 years old, is the wife of ruler Kim Jong Un and a former pop singer. She once was a member of the Hermit Kingdom’s “army of beauties” cheerleading squad – but now makes sporadic appearances abroad and in state propaganda.

Ri was born into a military family in the North Korean city of Chongjin in the 1980s, according to the North Korea Leadership Watch blog. Her father serves as a commander in the Korean People’s Army’s Air and Anti-Air Forces, it adds, and she is reported to have attended Kim Il Sung University in Pyongyang.

Prior to tying the knot with Kim, Ri is believed to have studied singing in China and was among a select group of young women dispatched to South Korea to cheer for the North’s team at the 2005 Asian Athletics Championships

South Korean intelligence reports that the real name of Ri, sometimes called Lee Seol-ju, is Hyon Song-wol and that she is a former singer in a pop group. She trained in the performing arts from a young age, singing with the Unhasu Orchestra and is believed to be close to the members of North Korea’s all-female pop group, the Moranbong Band, another Kim Jong Un creation.

They are thought to have three children, with the first likely born in 2010.

The existence of the children or their genders have never been verified by the state media, but former NBA player Dennis Rodman said in 2013 after returning from the Hermit Kingdom that he held the couple’s then-baby daughter, Ju-ae, and praised the dictator as “a good dad.”

Most of Ri’s public appearances have been with her husband at military or diplomatic functions. She has been photographed meeting Chinese President Xi Jinping in Beijing and South Korean President Moon Jae-in at the demilitarized zone’s Peace House.

A month earlier, an image was released of Ri riding on a white horse during Kim’s visit to snowy Mount Paektu.

Other photos of Ri show her poised, comfortable in the limelight and usually dressed in expensive outfits.