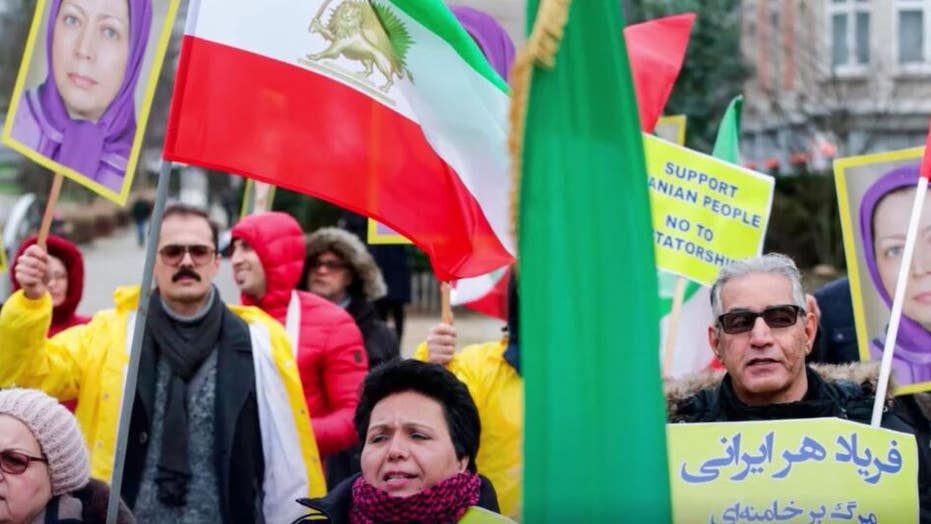 The People’s Mujahedeen of Iran: Who are they?

The People’s Mujahedeen of Iran: A look at who they are and how the group started

The People's Mujahedin is a resistance group that has been fighting for regime change in Iran for decades, despite the Iranian government trying to dismiss the group as a "cult."

The Mujahedeen-e-Khalq, or MEK, has received strong support from prominent U.S. figures, including President Trump's personal attorney Rudy Giuliani, and former National Security Adviser John Bolton. Tehran has fought to silence the group, which said the regime has executed tens of thousands of its members and sympathizers.

The group began in the mid-1960s in opposition to the highly unpopular U.S.-backed Shah of Iran. But, the MEK soon came to reject the theocratic regime that replaced him after the 1979 revolution.

Mujahedin-e Khalq members waving Iranian flags during the conference "120 Years of Struggle for Freedom Iran" at the Ashraf-3 camp, which is a base for the People's Mojahedin Organization of Iran (PMOI, MEK) in Manza, on July 13, 2019.  (AFP via Getty Images, File)

The group began using increasingly violent efforts against the regime, carrying out bombings and assassinations -- actions that led its popularity to plummet.

The MEK moved its operations to Paris before relocating to Iraq in the mid-1980s, where it received protection under Saddam Hussein.

Despite the U.S. State Department designating the MEK as a foreign terrorist group in the late 1990s, it nonetheless received American protection during the Iraq War.

After American troops began winding down operations in Iraq, the MEK suffered violent recriminations from the Shiite-dominated Iraqi government.

In 2012, the U.S. removed the MEK from its terrorist list and worked with the United Nations to find an alternative host country. The following year, Albania welcomed the group, aiming to gain favor with Washington. 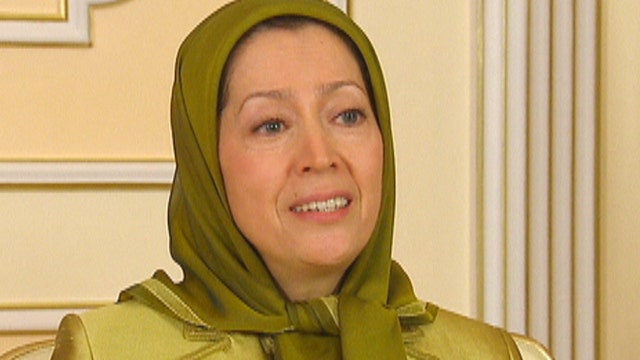 The group has since renounced violence, advocating for the peaceful overthrow of Iran's theocratic government. In an exclusive 2014 interview with Fox News, the group's leader, Maryam Rajavi, said she was "confident that the mullahs' religious dictatorship ruling Iran will not last in the 21st century and be overthrown."

TRUMP TAKES AIM AT DEM SENATOR OVER IRAN METTING, SUGGESTS HE SHOULD BE PROSECUTED

She continued, "It really begs logic to expect this religious dictatorship, the founder of terrorism and fundamentalism in the whole of the region and is seeking nuclear weapons, to take international policy hostage, to continue and endure."

A New York Times reporter who recently gained access to the group's headquarters outside the capital of Albania interviewed subjects who said they were former members living in the country and claimed they were brainwashed. The group has denied such characterizations, arguing that it remained committed to fighting for freedom and democracy in Iran, and saying any "cult" comparisons were coming from the Iranian regime as part of its "misinformation campaign."

"The so-called former members are in fact agents of the Iranian Ministry of Intelligence and Security and on its payroll. A plethora of indisputable evidence confirming that they are part of the regime's terror network in Albania, exposed by Albanian police, was provided to the New York Times reporter," Ali Safavi of the National Council of Resistance of Iran told Fox News on Wednesday, saying the paper ignored the documents.

A Times spokesperson told Fox News, "We're confident in the accuracy of the reporting," adding, "at no time did the Albanian police provide our reporter with documentary evidence."