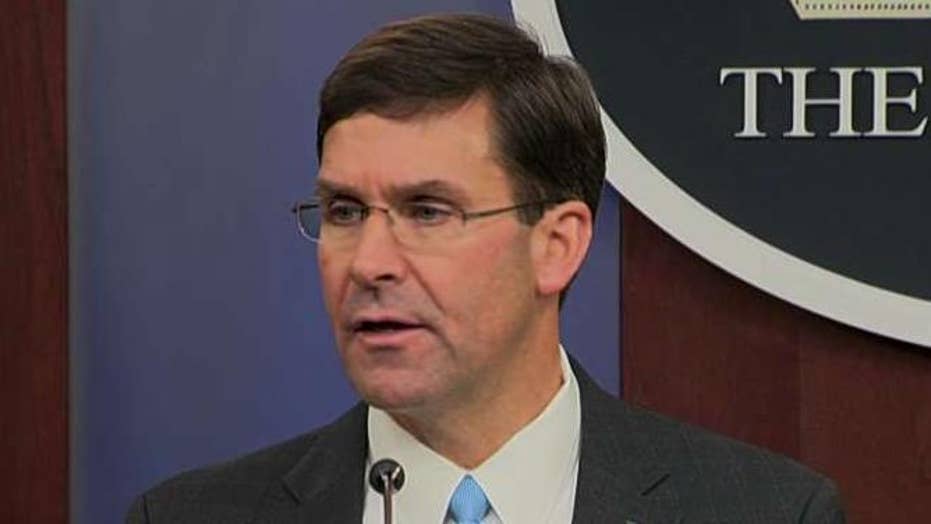 Pentagon announces deployment of additional US troops to Saudi Arabia

Defense Secretary Mark Esper announces the deployment of two more fighter squadrons to Saudi Arabia in response to the growing threat from Iran.

Roughly 1,800 U.S. service members, as well as several dozen fighter jets and other air defense implements, will be sent to Saudi Arabia to help protect the Kingdom amid heightened tensions with Iran, the Pentagon announced Friday.

"Saudi Arabia is a longstanding security partner in the Middle East and has asked for additional support to supplement their own defense and defend the international rules-based order," Esper told reporters at the Pentagon.

The Pentagon’s announcement came just hours after Iranian officials said two missiles from an undetermined source hit one of its oil tankers that was traveling through the Red Sea about 60 miles off the coast of Saudi Arabia.

The explosions from the missiles damaged two storerooms aboard the oil tanker – identified as the Sibiti – and caused a brief oil leak into the Red Sea. The leak was later plugged, Iranian state television reported. 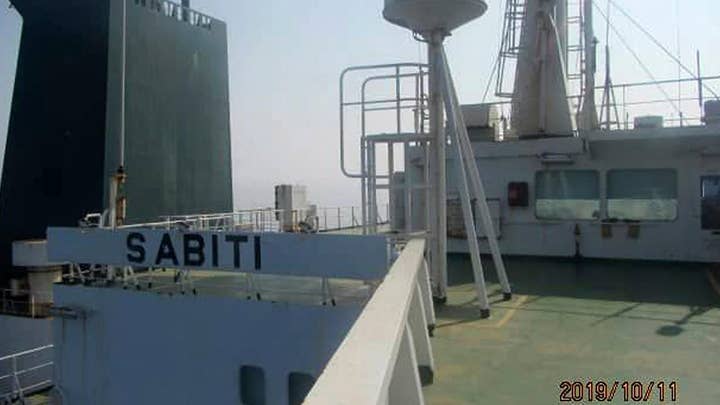 Foreign Ministry spokesman Abbas Mousavi described the incident as an "attack" carried out by those committing "dangerous adventurism." He said the incident was under investigation.

There has been no word from Saudi Arabia regarding the reported missile strikes.

IRAN CLAIMS IT WILL USE MORE ADVANCED CENTRIFUGES, RAMPING UP NUCLEAR TENSIONS

That incident comes amid fraught tensions and charges by the U.S. that Iran has attacked oil tankers near the Strait of Hormuz, at the mouth of the Persian Gulf -- something denied by Tehran.

This photo released by the official news agency of the Iranian Oil Ministry, SHANA, shows Iranian oil tanker Sabiti traveling through the Red Sea Friday, Oct. 11, 2019. Two missiles struck the Iranian tanker Sabiti traveling through the Red Sea off the coast of Saudi Arabia on Friday, Iranian officials said, the latest incident in the region amid months of heightened tensions between Tehran and the U.S. (SHANA via AP)

This recent deployment is part of the response to the suspected Iranian missile and drone attack on Saudi oil facilities on Sept. 14.