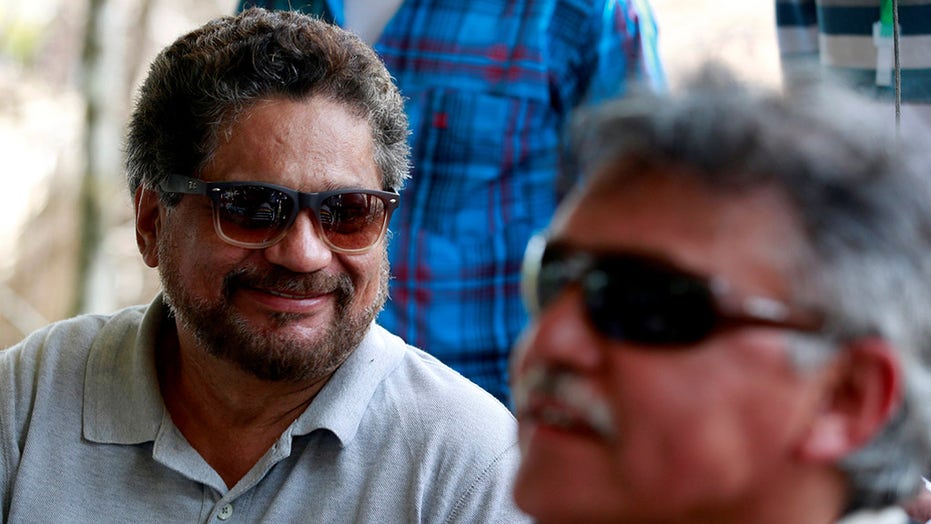 The United States is offering rewards of up to $10 million each for the arrests of two prominent Colombian rebels who were key figures in the nation’s historic peace process but have since returned to arms.

Both men had been given seats in Colombia’s congress and were active proponents of the 2016 accord ending Latin America’s longest-running conflict but fled amidst accusations that they had continued drug trafficking.

Ivan Marque (L) and Jesus Santrich, members of the Revolutionary Armed Forces of Colombia (FARC), talk to the media during the congress at the camp where they will ratify a peace deal with the government, near El Diamante in Yari Plains, Colombia, September 21, 2016. REUTERS /John Vizcaino - S1BEUCPYDBAA

Hernández was jailed in 2018 after prosecutors in New York ordered his arrest on drug charges, accusations he denied. He disappeared about a month after Colombia’s Supreme Court ordered him freed while the charges were investigated. U.S. officials were also investigating Marín when he went missing.

Both men reappeared in August 2019 when they released a video showing them back in their olive-green uniforms alongside a small cadre of dissidents, accusing Colombia’s government of failing to uphold the peace accord. Colombian officials allege Venezuelan President Nicolás Maduro is providing them shelter.

The U.S. Department of Justice charged Hernández and Marín alongside Maduro and a dozen other Venezuelan officials in March with conspiring to export cocaine to the U.S.

“For decades, the FARC has used drug trafficking to finance their terrorist activities and partnered with corrupt Venezuelan elites to threatened (the) United States and our allies,” DEA Acting Administrator Timothy Shea said. “We hope these increased rewards will encourage those with valuable information to contact the DEA.” 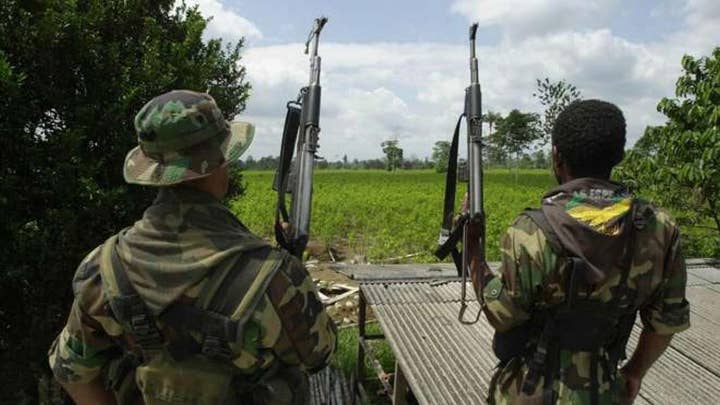 The decision by Marín and Hernández to return to arms was a significant blow to Colombia’s peace accord. Both former commanders with the Revolutionary Armed Forces of Colombia, or FARC, had helped negotiate the deal. They were two of the group’s most visible leaders promoting the accord after it was signed.

In their absence, the FARC’s remaining leadership has continued pressing forward with the agreement’s implementation. The former rebels have created a political party and embarked on new lives as civilians. But they also remain under threat; the United Nations recorded 77 murders of ex-combatants in 2019.