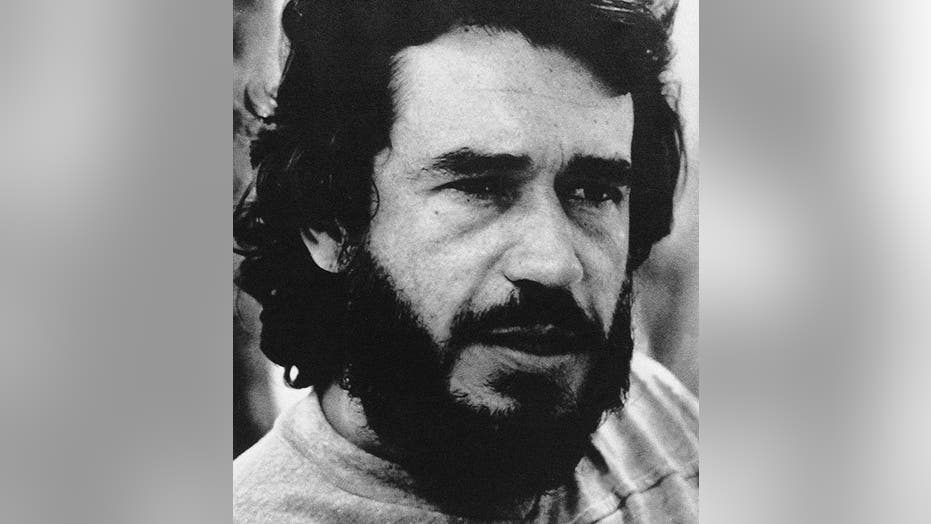 A man known as one of the “cocaine cowboys” who helped lead Colombia’s infamous Medellin drug cartel alongside Pablo Escobar has been released from a U.S. prison and deported to Germany.

Carlos Lehder, 70, left for Berlin on Monday after serving more than 30 years in a Florida prison, attorney Oscar Arroyave told The Associated Press.

His daughter, Monica, told Colombian magazine Semana that he had been diagnosed with prostate cancer a few years ago, and has not seen him in over a decade.

This undated photo shows Pablo Escobar’s crime partner and one of Colombia’s pioneering “cocaine cowboys” Carlos Lehder. A lawyer for Lehder says his client left on a flight for his new home in Berlin on Monday, June 15, after being released from a U.S. prison in Florida. (AP Photo/File)

"It's been 17 years since I last saw him. I'm relaxed and in peace to know that he's well, despite his illness," she told the outlet.

Lehder played an important role in the Medellin cartel’s dominance in the global cocaine trade that exploded in the 1980s. He most notoriously set up a base of operations on a private island in the Bahamas to act as a transit point for aircraft carrying cocaine. The island, Norman’s Cay, is a few hundred miles off the coast of Florida.

He was captured in Colombia in 1987 and extradited to the U.S., where he was originally sentenced to 135 years plus life. His sentence was reduced to 55 years after he agreed to testify against former Panamanian Gen. Manuel Noriega, who had close links to the Medellin cartel.

Lehder was then placed in the witness protection program and served his prison sentence in Florida.

Colombian drug lord Pablo Escobar appears in this file photograph when Escobar was a member of the Colombian Congress in 1983. (Reuters)

Escobar, his partner turned rival, never saw a U.S. jail cell, dying in a shootout with police in Medellin in 1993. Their partnership was portrayed in the Netflix series “Narcos,” which depicts Lehder as a wild, womanizing criminal.

“He was always crazy but he was also very smart,” said Richard Gregorie, a former U.S attorney in Miami who indicted Noriega and several other Colombian drug traffickers close to Lehder. “He's old but I wonder much craziness he still has left.”

Since Lehder’s capture, thousands of Colombian drug traffickers have since gone to U.S. prisons, many of them serving far less time than Lehder.

“Nobody accused of drug trafficking goes to trial in the U.S. anymore,” said Arroyave, who said he plans to travel soon to Berlin to share a celebratory beer with his client after such a long ordeal. “Had he pled guilty, he would’ve been home 15 years ago. In today’s world, there are drug traffickers far bigger than Carlos Lehder who pay five to six years."

Lehder acquired German citizenship through his father, an immigrant to Colombia. Arroyave said Lehder has no interest in returning to Colombia and German authorities assisted with his resettlement in his adopted homeland.