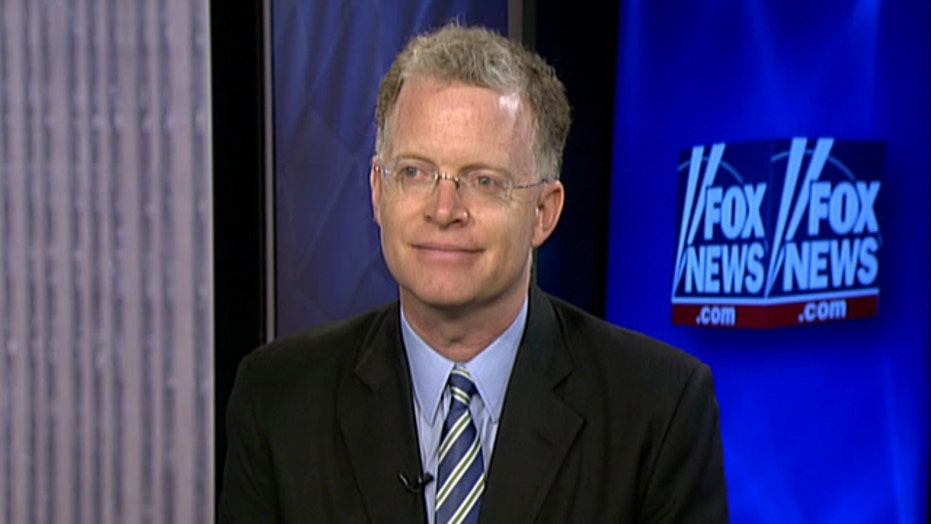 Reporter who escaped Taliban: US needs new policy on ransoms

David Rohde, who was held by the Taliban for more than seven months, speaks out in the aftermath of James Foley murder

Investigative journalist David Rohde spoke to FoxNews.com Tuesday and emphasized the need for a blanket international policy when dealing with terrorists who have kidnapped Americans abroad. Rohde was kidnapped by the Taliban in November 2008 and was held for seven months and ten days.

Rohde says America's ransom policy may have contributed to the beheading of journalist James Foley by the Islamic State.

"What's so unusual about that case is it illustrates a larger problem is that he was held with European captives," Rohde told FoxNews.com. "There were French journalists held by the Islamic State, Spanish journalists, a Danish journalist; all of those European governments paid ransoms. Those European journalists went home, the U.S. refused to pay and Jim Foley died."

Rohde said there must be a more unified approach among the U.S. and its allies. He also suggested governments should not pay ransoms to kidnappers because when the government pays, it results in a higher price.

"The market price that was set for the Foley family was impossible for them to meet because European governments had paid so much money," Rohde said.

According to Rohde, the U.S. government will often turn a blind eye if the ransom is paid by a family or corporation connected to the kidnapping victim -- but very rarely do families or companies have the means to match what European governments will pay.

Rohde said kidnappings by terrorist groups are getting worse. After Rohde, along with his driver and translator, were kidnapped by the Haqqani network, the initial ransom demands were $25 million in cash and 15 prisoners to be released from Guantanamo Bay. At the time of his escape, the demands had been lowered to $7 million and only seven prisoners. The New York Times, who Rohde was reporting for at the time, did not pay the ransom.

By contrast, the initial demand for James Foley was $130 million.

"For some groups ... it's the primary source of income," Rohde said. "So you've got more radical groups, more kidnappings, higher ransom, and that just goes back to this basic point of we need a sort of broad and cohesive international strategy."

Watch the full interview with David Rohde in the video above.