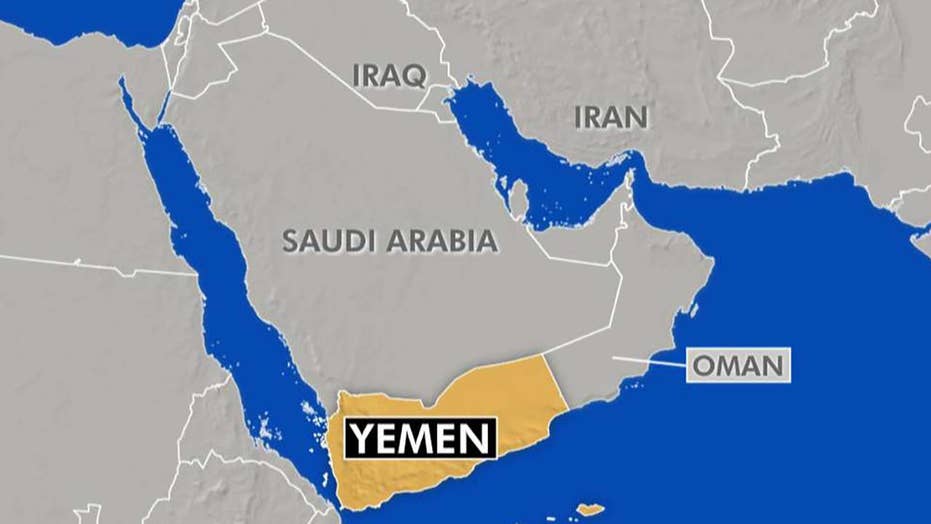 US military drone shot down over Yemen

U.S. officials believe a military drone shot down over Yemen may have been hit by a surface-to-air missile launched by Iranian-backed Houthi rebels.

A U.S. military MQ-9 drone was shot down in Yemen, a U.S. official confirmed to Fox News.

The drone was shot down late on Tuesday in Yemen’s Dhamar governate, southeast of the Houthi-controlled capital Sanaa, officials told Reuters, which first reported the news.

Yemen's Houthi rebels claimed responsibility for shooting down the drone, saying in a statement that their air defenses downed the MQ9 drone with a missile.

The U.S. military's Central Command later said in a statement that it was investigating the Houthi claims that they attacked an unmanned U.S. drone "operating in authorized airspace" over Yemen.

"We have been clear that Iran's provocative actions and support to militants and proxies, like the Iranian-backed Houthis, poses a serious threat to stability in the region and our partners," said U.S. Army Lt. Col. Earl Brown, a CENTCOM spokesman.

This was not the first time Houthi rebels have shot down a U.S. drone in Yemen. 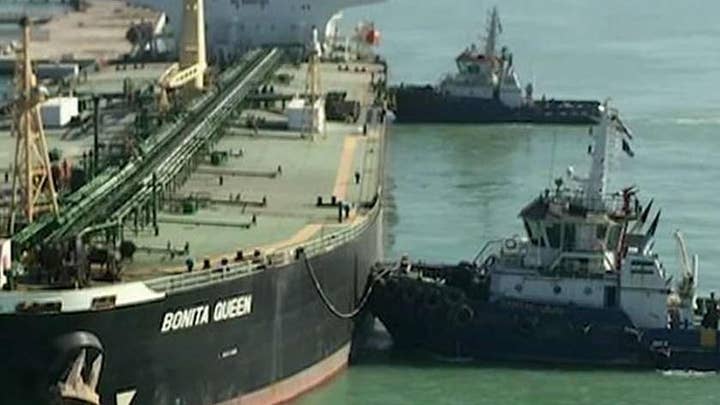 In June, officials told Fox News that a U.S.-operated MQ-9 drone was shot down by the Iranian-backed rebels.

The conflict in Yemen began with the 2014 takeover of Sanaa by the Houthis, who drove out the internationally recognized government. In March 2015, the coalition launched its air campaign to prevent the rebels from overrunning the south.

NEARLY 100,000 HAVE BEEN KILLED IN ONGOING YEMEN WAR, REPORT FINDS

The shooting of the drone comes amid a growing confrontation between Iran and the West after President Trump pulled Washington out of Tehran's nuclear deal with world powers over a year ago. Trump subsequently re-imposed escalating sanctions on Iran, largely halting the sale of Iran's crude oil internationally and sharply depreciating Iran's currency.

It also comes after a diplomatic spat between the two countries over an Iranian supertanker carrying $130 million worth of light crude oil that the United States suspects was transporting the oil to fuel "the Iranian regime's and Syrian regime's campaign of terror and oppression."

U.S. officials sought to seize the Iran-flagged Adrian Darya 1, previously named Grace I, after the vessel left Gibraltar late Sunday after being detained for a month for allegedly attempting to breach European Union sanctions on Syria.

Gibraltar authorities rejected attempts by the U.S. to seize the tanker, arguing that EU regulations are less strict than U.S. sanctions on Iran. The British overseas territory said it had been assured by Iran that the tanker wouldn't unload its cargo in Syria. The supertanker is reportedly headed to Greece.

Iran has repeatedly denied supplying the Houthis with drone or missile technology, both of which the rebels have increasingly used, including to target Saudi Arabia. The kingdom has claimed that Iran supplied the missiles or at least helped the Houthis manufacture them from parts that were in Yemen before the war.