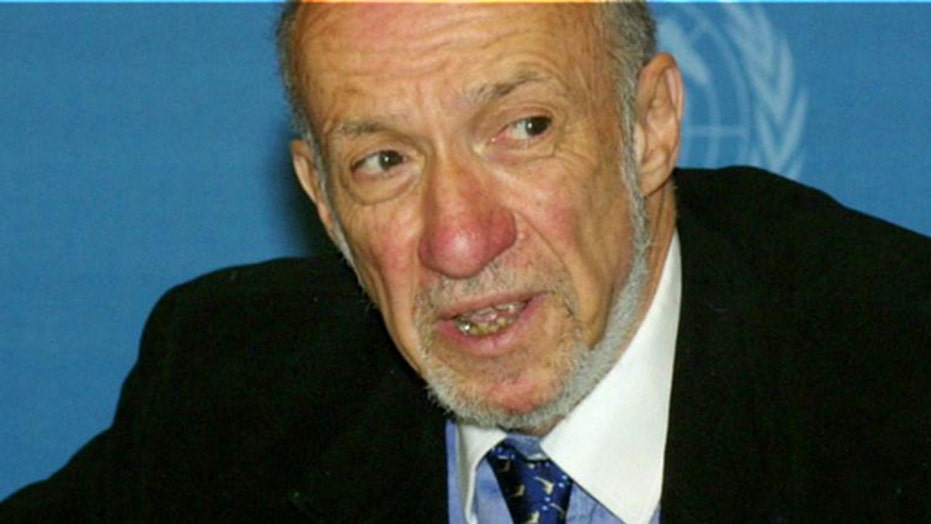 UN official blames US for Boston attacks and we pay him

The United Nations official who angered critics by blaming the Boston Marathon bombing on “American global domination” will keep his post, because not enough other countries took offense at his comments.

Richard Falk, the United Nations Human Rights Council's Palestinian Territories monitor, will remain on the job until his mandate expires in mid-2014. U.N. Secretary General Ban Ki-moon has rejected Falk’s comments, but the council's 47 member states have no plans to force him out.

Special rapporteurs to the U.N. are appointed by the council as independent experts tasked with investigating, monitoring and advising on human rights concerns in their personal capacity without financial compensation. However, the U.S. funds 22 percent of the council's budget, and thus, the same share of Falk's official U.N.-related costs.

Falk, an 82-year-old professor emeritus at Princeton University, is no stranger to controversial statements that put America in a negative light. In a 1979 Op-Ed for The New York Times, he pronounced incoming Iranian dictator Ayatollah Khomeini a moderate.

"The depiction of him as fanatical, reactionary and the bearer of crude prejudices seems certainly and happily false," he wrote of the man who turned Iran into a radical theocracy.

In 2004, writing the foreword for a book critical of the Bush administration's handling of 9/11, Falk hinted that the U.S. government was behind the attacks.

"There have been questions raised here and there and allegations of official complicity made almost from the day of the attacks, especially in Europe, but no one until Griffin has had the patience, the fortitude, the courage, and the intelligence to put the pieces together in a single coherent account," he wrote.

“We have repeatedly called for Mr. Falk's resignation and expressed our grave concern in a letter to the U.N. High Commissioner for Human Rights," Donahoe said. "Mr. Falk's continued offensive communications do nothing to advance peace in the Middle East or to further the protection and promotion of human rights. Mr. Falk's latest comments demonstrate once again that he is unfit to serve in his role as a UN special rapporteur.”

A U.S. State Department official familiar with the matter tells Fox News that Donahoe has repeatedly made objections to Falk’s mandate and to his series of offensive statements, including the most recent one.  The State Department considers the issue to be part of the council's broader pattern of anti-Israel bias, which has been consistently and vocally condemned.

The official added that the U.S. will continue to call for Falk's resignation and will encourage others to speak out against him.

"It is soon to tell, and the somewhat hysterical Boston dragnet for the remaining at large and alive suspect does suggest that the wounds of 9/11 are far from healed," he wrote. "We should be asking ourselves at this moment, 'How many canaries will have to die before we awaken from our geopolitical fantasy of global domination?'”

On Thursday, he sought to clarify the remarks, writing on his blog that he considers the Boston Marathon attack a "despicable crime, so horrifying that I lack the imagination to comprehend the sociopathic mentality that planned and executed such a monstrous event." He said his remarks had been taken out of context and complained of the wave of anger his comments have brought.

"My only effort was to suggest that in addition to grieving and bringing the perpetrators to justice, this could also become an occasion for collective self-scrutiny as a nation and as a people," he wrote. "Should this be seen as such a provocative assertion as to provoke a wave of hate mail?