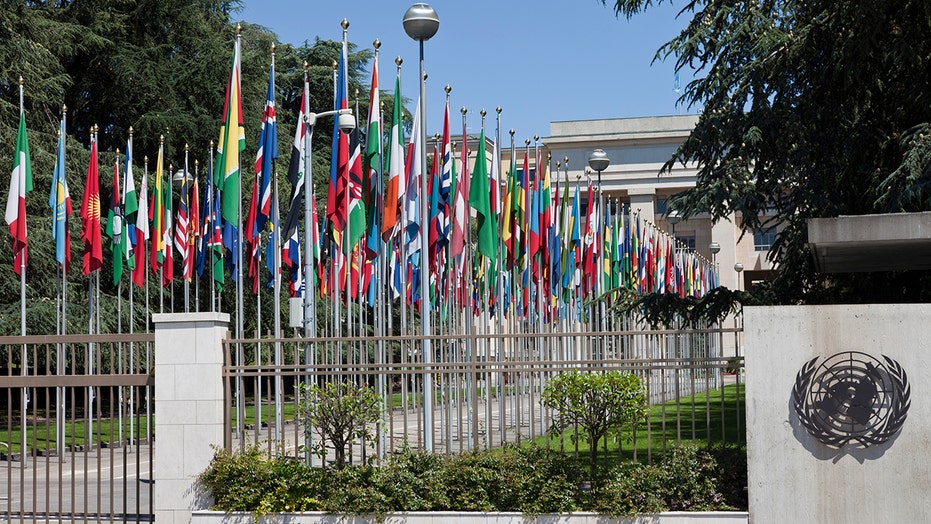 A United Nations body challenged the Palestinian Authority’s record on fighting racism and anti-Semitism on Tuesday, in what some organizations called “a rare move.”

At the 99th session of the U.N. Committee on the Elimination of Racial Discrimination, which was held in Geneva, some delegates brought up examples of anti-Israeli and anti-Jewish content in Palestinian textbooks.

The committee reportedly challenged the Palestinian Authority (PA) after meeting with watchdog organizations NGO Monitor and IMPACT-se, which documented the PA's alleged anti-Semitism.

NGO Monitor is a Jerusalem-based research institute. IMPACt-se is a research and policy institute that analyzes textbooks and how they measure up to United Nations Educational, Scientific and Cultural Organization standards for acceptance, peace and tolerance.

On Tuesday, committee member Silva Albuquerque questioned the Palestinians on “disturbing information about the presence of anti-Semitic and discriminatory content in textbooks used by children and teenagers in Palestinian schools,” according to NGO Monitor, which added that Albuquerque said “various examples” of alleged racist and anti-Semitic language, content and textbooks, until 2018 at least, were provided to the committee by the organizations.

“Several NGO reports pointed out anti-Semitic and anti-Israel prejudice and incitement to hatred, especially in the media and speeches of state officials. Can the state party provide any explanation in this regard?” committee member Chinsung Chung of South Korea asked, as reported by The Jerusalem Post.

“Our convention obliges state parties to adopt immediate and effective measures, particularly in education, to combat racial discrimination and prejudice between different racial and ethnic groups, over jurisprudence,” Albuquerque was quoted as saying.

PA Foreign Ministry representative Ammar Hijazi spoke at the end of the hearing, calling the accusations “regrettable,” according to The Jerusalem Post.  “We do not discriminate against any of our citizens based on ethnicity and religion or sex. We are a state that is trying to find its path and still formulating its laws,” Hijazi said.

He also reportedly accused committee members of accepting accusations he said were “founded and funded to deny Palestinians their rights, their narrative and to spread untruths about them.”

“In a rare move, the U.N. actually criticized the Palestinians and asked them tough questions, looking for answers,” said Anne Herzberg, legal adviser and U.N. liaison at NGO Monitor. "The Palestinians acceded to a convention that is focused on the elimination of racial discrimination, as its name says, and has a specific emphasis on ending racism in education, and yet there are many examples of the Palestinian government systematically promoting anti-Semitism, violent incitement, and other forms of racism.”

She added, “In this case we were able to show specific examples of these violations, including poisoning the minds of young children at school, youth centers and summer camps, and destroying the chance of peace in future generations as well.”

IMPACT-se CEO Marcus Sheff said, “The contradiction between the Palestinian submission, which claims to adhere to anti-racism, and the blatant anti-Semitism, hate and extremism in the PA curriculum, was not lost on the committee.”

A spokeswoman with The Palestinian Diplomatic Mission to the United States did not immediately respond to Fox News’ request for comment.

The U.N. panel's review of the PA continued on Wednesday.