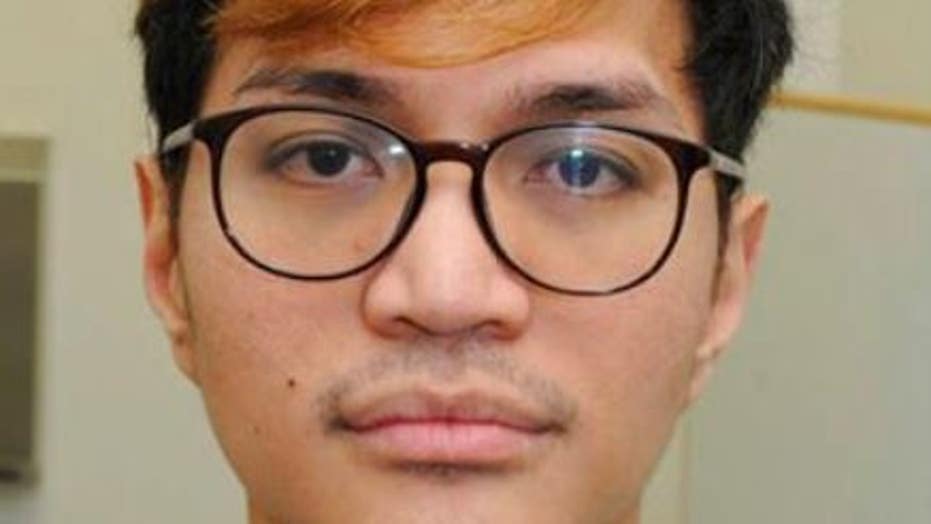 The United Kingdom’s attorney general has referred the case of a man deemed “Britain’s most prolific rapist” to the Court of Appeal, arguing that a “whole-life order” should be considered rather than his sentence of life imprisonment with a minimum of 30 years.

Attorney General Geoffrey Cox QC has referred the sentence of Reynhard Sinaga to the Court of Appeal under the unduly lenient sentence scheme, The Guardian reported.

Reynhard Sinaga, a man described as “the most prolific rapist in British legal history” has been sentenced to life in prison with a possible release after 30 years following his conviction for sexual offenses against 48 men.  (GMP via AP)

Sinaga, a 36-year-old Indonesian national, was found guilty earlier this month of 159 counts of sexual offenses against 48 different men. He will serve a minimum of 30 years before being considered for release.

“Sinaga carried out an egregious number of attacks, over a prolonged period of time causing substantial pain and psychological suffering to his victims,” Cox said. “It is now for the court to decide whether to increase the sentence.”

Sinaga’s was convicted of crimes committed between January 2015 until his arrest in 2017, but authorities believe the assaults may have begun years earlier.