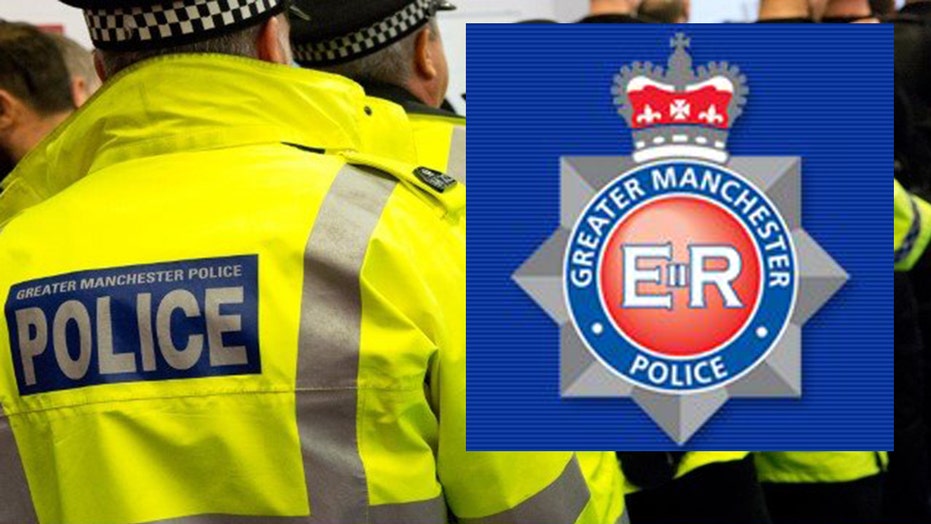 British authorities knew that a network of predominantly South Asian men was grooming vulnerable children in Manchester, but failed to act to stop dozens of girls from being abused -- according to a damning new report released this week that details yet another Asian grooming scandal in the U.K.

The report is a harrowing look at how Greater Manchester Police and other local authorities failed to take appropriate action more than 15 years ago, despite getting details of nearly 100 “persons of interest” who were using takeout restaurants as a base to rape and abuse children in care between the ages of 11 and 17. It describes offenders as operating “in plain sight” and hanging around care homes and foster homes in cars as they preyed upon vulnerable children.

“There was clear evidence that professionals at the time were aware these young people were being sexually exploited, and that this was generally perpetrated by a group of older Asian men,” the report says. “There was significant information known at the time about their names, their locations and telephone numbers but the available evidence was not used to pursue offenders.”

The review refers to “predominantly Asian men” without going into detail about specifics of heritage or other religious or national identities, but elsewhere Margaret Oliver, a detective on the team who had expressed concern about the operation's closure, described the case as men of “largely Pakistani heritage...abusing vulnerable white girls” in Hulme and around Rusholme -- where there are a number of curry and kebab stores along the area's "Curry Mile."

The report details how all the victims were “young white females” while the perpetrators are “almost exclusively Asian adult males, many of whom are associated via the Asian restaurant trade.”

The review was commissioned in 2017 by Greater Manchester Mayor Andy Burnham and describes how the men took girls from the homes, plied them with drugs and abused them at “sex parties.”

Greater Manchester Police launched Operation Augusta to investigate allegations of grooming after the death of Victoria Agoglia, a 15-year-old girl in care who died from a suspected heroin overdose in 2003. The Manchester Evening News reports that Mohammed Yaqoob, 50, was responsible for injecting her with the drug and was later jailed for three-and-a-half years.

But while the operation identified at least 57 children being exploited and 97 suspects, “very few” potential offenders were brought to justice and the operation was eventually shut down in 2005 because of a perceived need “to remove the resources” rather than because lines of inquiry had been exhausted, the report says.

Twenty men, including ring leader Amere Singh Dhaliwal (first in the second row), were found guilty of raping and abusing more than a dozen teenage girls in the U.K. This case stemmed from a sexual exploitation case out of the northern city of Huddersfield in 2018. (West Yorkshire Police)

“Critically, the problem that Operation Augusta had been set up to tackle, namely the sexual exploitation throughout a wide area of a significant number of children in the care system by predominantly Asian men, had not been addressed,” the review concluded. “Very few of the relevant perpetrators were brought to justice and neither were their activities disrupted.”

The report includes shocking stories of how children told their carers of the abuse and pleaded to be removed from harm. One child is said to have begged her carers to get her away from Manchester as she was too involved with Asian men and that one “made her do things she didn’t want to.” Another spoke of how she was taken to apartments with friends and was given vodka and cocaine and made to “do whatever they wanted us to do.” The report finds that the children were not protected by the appropriate agencies.

Additionally, it details how offenders eyed a specific children’s home in Manchester that was used as an emergency placement for children entering the care system and therefore, in the report’s words, “maintained a steady supply of victims.”

The report comes nearly six years after a report detailing the abuse of more than 1,500 victims in Rotherham shocked Britain and made international headlines. That report, commissioned in 2014, found that children as young as 11 were  “raped by multiple perpetrators, abducted, trafficked to other cities in England, beaten and intimidated.”

In that scandal, about 80 percent of the suspects were of South Asian Muslim backgrounds. Similar gangs have been exposed in Newcastle, Bradford, and Rochdale. The report found that there was a belief that the abuse was ignored by authorities due to a fear of fueling racists.

"Several councillors interviewed believed that by opening up these issues they could be 'giving oxygen' to racist perspectives that might in turn attract extremist political groups and threaten community cohesion," the Rotherham report said.

A new report says that the number of victims in a child sexual abuse scandal that rocked a small British city is more than 1,500. (AP)

That too appears to have played a role in the Manchester case. An unidentified officer in the report says that they tracked down an offender who was not of Asian heritage. The officer says that what had a “massive input" was that the main offenders were predominantly Asian men and “we were told to try and get other ethnicities.”

Separately the senior investigating officer said he was aware of “sensitive community issues” around policing in South Manchester, in particular, that the potential offenders were "predominantly adult Asian men from local minority ethnic communities in the area covered by South Manchester Division.” He also said the police had recently dealt with an unrelated case involving Kurdish people that he said had "created community tensions and Augusta was to examine accusations against another minority group."

While the report says that the office was "categoric that any concerns about creating further community tensions did not influence any of his investigative decisions” it adds that “the impact clearly had to be considered by the gold command group.”

On Tuesday current Chief Constable Ian Hopkins apologized to those who he said were “let down” by police not investigating the offenses committed against them.

“I want to say that I am personally disgusted that these children were not cared for and by the awful abuse that they suffered,” he said. “I am committed to doing all we can to ensure that they receive the justice today that they were denied 15 years ago.”

The report concludes that the Manchester scandal was a "depressingly familiar picture and has been seen in many other towns and cities across the country."

"However, familiarity makes it no less painful for the survivors involved, and it should in no way detract from the need for them to be given the opportunity to ask that the crimes committed against them now be fully investigated," it says.