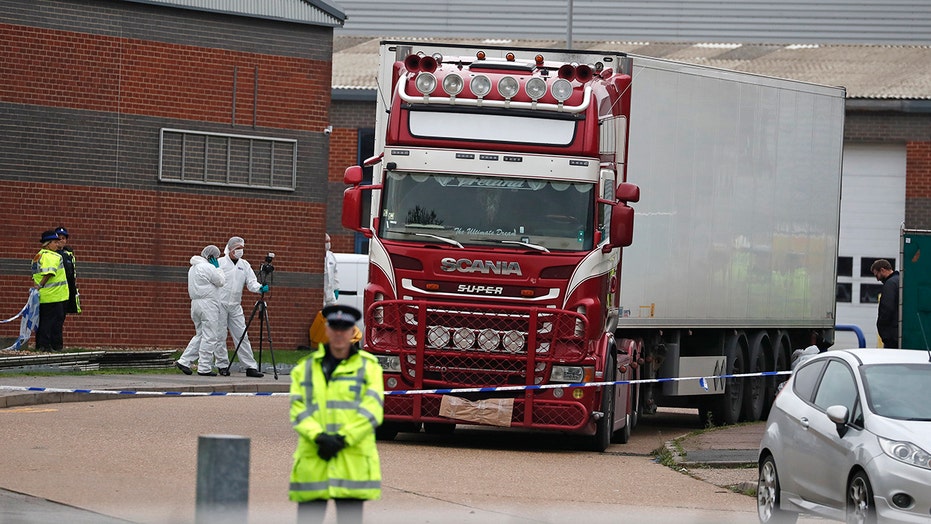 British police said Friday that all 39 people found dead in a refrigerated container truck last week were Vietnamese nationals while authorities in in Ireland and Vietnam confirmed that three more people had been arrested in those countries in connection with what appears to be a human smuggling tragedy.

Police initially believed the victims discovered in the truck near the port of Purfleet in Essex, England on Oct. 23 were from China, but families in Vietnam have contacted authorities there with concerns for missing relatives.

“We are in contact with the Vietnamese Government. We are in direct contact with a number of families in Vietnam and the U.K., and we believe we have identified families for some of the victims whose journey ended in tragedy on our shores,” said Essex Police Assistant Chief Constable Tim Smith in a statement.

Maurice Robinson, 25, of Northern Ireland, has been charged with 39 counts of manslaughter and conspiracy to traffic people. Authorities say Robinson drove the cab of the truck to Purfleet, where it picked up the container, which had arrived by ferry from Zeebrugge in Belgium.

Another man was arrested Friday in Ireland and two others in Vietnam. The Vietnam suspects, believed to have organized the operation, were arrested in Ha Tinh province following reports from 10 families there that they were missing relatives, VTV television reported.

Col. Nguyen Tien Nam, deputy chief of Ha Tinh provincial police, said the suspects were directly involved in the deadly set-up in which people paid smugglers to be taken to England and are now feared to be among the dead.

In Ireland, 23-year-old Eamon Harrison was arrested on a U.K. warrant and Essex Police have begun extradition proceedings to bring him to Britain to face 39 counts of manslaughter, as well as human trafficking and immigration offenses.

A spokesman for the Dublin High Court said Harrison, of Mayobridge in Northern Ireland, appeared in court Friday. He was ordered detained until a hearing on Nov. 11.

Police have also asked two other suspects from Northern Ireland, brothers Ronan and Christopher Hughes, to hand themselves over to police.

"Today I want to make a direct appeal. Ronan and Christopher, hand yourself in to police. We need you both to come forward and assist us with this investigation,” Essex Police Detective Chief Inspector Daniel Stoten said at a press conference in Belfast.

Police believe the brothers are currently in Northern Ireland but said they have links to the Irish Republic.