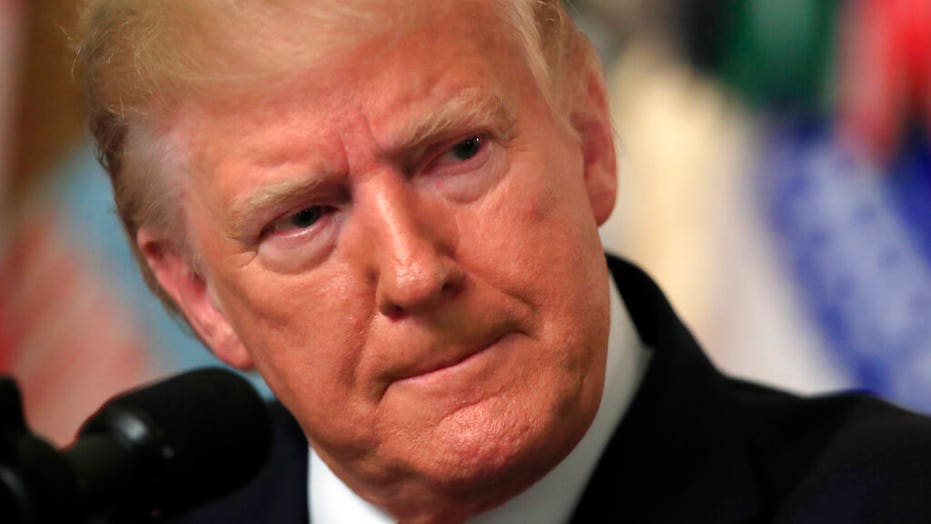 Trump was interviewed by phone on Thursday by Nigel Farage, leader of the Brexit party and rival of Johnson in the upcoming election on December 12.

The president said that a U.S.-U.K. trade deal would be impossible under the current terms of Brexit, which Johnson reached with the European Union.

The British government, however, has said that under Johnson’s Brexit agreement, the U.K. would be removed from the EU’s customs area and it would be free of the EU’s regulations, allowing it to sign bilateral trade deals with the U.S. and other countries.

Trump's appearance on Farage’s show sends a mixed political signal, as Trump and Johnson have typically been closely aligned. Johnson’s left-wing rival, Jeremy Corbyn, accused him in August of intending to lead the U.K. “straight into the arms” of Trump. Farage’s Brexit party criticizes Johnson from the right, calling for an abrupt split from the union rather than any sort of agreement.

On Thursday, Johnson on Twitter accused Trump of “ trying to interfere in UK election to get his friend Boris Johnson elected” after Trump said that Johnson would be “so bad” for Britain if elected.

Britain agreed Wednesday to hold a general election on Dec. 12 in an effort to shake up Parliament and break the months-long Brexit stalemate. The European Union has extended Britain's Brexit deadline to Jan. 31.

Even so, Trump said Johnson is a “fantastic man” who is “exactly the right guy for the times.” He said he’d like to see an electoral pact between Johnson’s Conservatives and Farage’s Brexit Party, saying the two together would be an “unstoppable force.” Neither party has indicated such a deal is on the table.