Will Cox says he was told a toxicology test could not be done during his mother's autopsy because the machines are broken.

The son of a New York hospital technician who died suddenly in her room at an all-inclusive resort in Punta Cana on June 10 says the U.S. Embassy and his congressional representatives have helped pave the way for a sample of his mother's blood to be sent to the U.S. so that toxicology tests can be conducted.

Will Cox, 25, said that U.S. Embassy officials have told him that the Dominican Attorney General's office must give final approval. Richmond University Medical Center, his mother's employer on Staten Island, has committed to performing the toxicology test and absorbing all costs.

Cox's mother, Leyla, of Staten Island, N.Y., died on the evening of June 10 at the Excellence resort. She was on a solo trip to celebrate her 53rd birthday and was in good health, said her son, who lives in Tennessee.

A Dominican police report, which Cox showed to Fox News, listed the cause of death as a heart attack. Cox questions it because he says his mother was healthy and the family did not know her to have a heart condition.

Cox said it has been nothing short of an ordeal to extract information from the resort and Dominican authorities about the details of his mother's death. He said that while a U.S. embassy staff member was in touch with him every day, and was helpful in some instances, in others he gave incomplete or erroneous information.

"It's been more unknowns than answers," he said. "It's been that way since the beginning. One person tells me one thing, and then someone else tells me another. [Diplomat] William Swaney at the U.S. Embassy stepped in and has been the only one who's really been helpful."

Cox's complaints echo that of relatives of most of the other U.S. tourists -- a total of nine known cases so far have died while on vacation on the popular Caribbean island after falling suddenly and critically ill over the past year. They describe getting the runaround by resort staff, getting little information about their loved ones' deaths, and having to wait for death certificates and autopsy reports far longer than what they had been told.

Cox said U.S. Embassy staffers, relaying information they said they got from Dominican authorities, told him last week that the toxicology machines in the country were not working. They also told him that since his mother's death was deemed to be of natural causes, it didn't qualify for toxicology tests.

"Every American has a right to know what I'm going through," Cox told Fox News on Tuesday. "People need to know that these places aren't as safe as they think. As a U.S. citizen, there's practically nothing you can do." 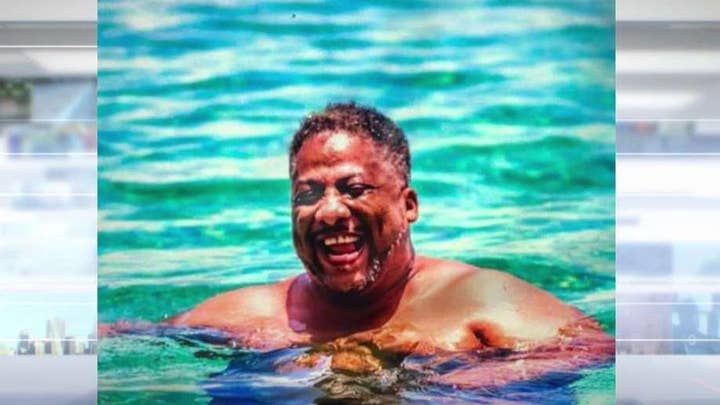 He added: "Once a death is declared to be from natural causes, they have a different process. They can just declare any death to be of natural causes because then they're not held accountable."

Of the nine deaths that have become publicly known so far, Dominican authorities said that most were caused by a heart attack. In the case of engaged Maryland couple Edward Holmes and Cynthia Day, who were found dead in their room on May 30 -- a final report on the cause of death is pending. In nearly all of them, Dominican authorities said there were signs of pulmonary edema -- a condition in which the lungs fill with fluid. The tourists ranged in age from 41 to 78.

The Dominican Ministry of Tourism has denounced what it sees as an overreaction to what it characterizes as coincidental.

Cox said he does not know if his mother, who had trouble getting cell and Internet service from the resort, had a drink from the minibar or elsewhere in the resort. He said his efforts to get answers to those questions from the hotel and Dominican authorities have been futile.

The U.S. State Department on Friday said of Cox's death: "We offer our sincerest condolences to the family on their loss.  We are closely monitoring local authorities’ investigation into the cause of death."

"We stand ready to provide all appropriate consular assistance," the statement to Fox News said. "We refer you to the Dominican authorities regarding any ongoing investigation. Out of respect for family members and loved ones we cannot comment further."

Cox said he has not been able to mourn his mother as he fights his battle with the Dominican government.

"I would love to see my Mom again," he said last week. "But next time I see her, she may be ashes. It's just not right. I want to see her body. I'm a U.S. citizen, I have a right to see my mother's body. I have a right to know what happened. I want to perform an autopsy here, and get a toxicological test here, so I can get answers."

Many of the tourists became critically and suddenly ill after consuming a beverage from the room minibar. The FBI told Fox News that it is assisting Dominican investigators in looking into whether the tourists died of something other than natural causes. The New York Post, citing the Dominican Ministry of Public Health, reported that investigators are conducting tests on pools, air-conditioning units, food areas and alcohol at two Bahia Principe resorts where three visitors died.

The newspaper said that the Dominican National Police in 2017 dismantled five labs used for the manufacture of alcohol not safe for human consumption.