The U.S. needs to take action against Iranian aggression to prevent further attacks against Western targets, such as that against a U.S. drone in June, the top Republican on the House Armed Services Committee said Thursday.

“I do think it’s important to have a response,” Rep. Mac Thornberry, R-Texas, told C-Span for the show “Newsmakers,” according to Stars and Stripes. He said Iran is “going to have to have some sort of pushback or they will continue to be more aggressive.”

Thornberry said he expects “Iran will take further provocative actions in the coming weeks” after a month of protests in which hundreds of demonstrators have been killed and thousands have been arrested.

Iran's government will likely “lash out and try to find an external enemy," he added.

This year, Iran has shot down a U.S. drone and attacked two commercial ships near the Strait of Hormuz. U.S. officials also believe Iran attacked Iraqi bases that were hosting U.S. troops this week and was behind an attack on a Saudi oil facility. 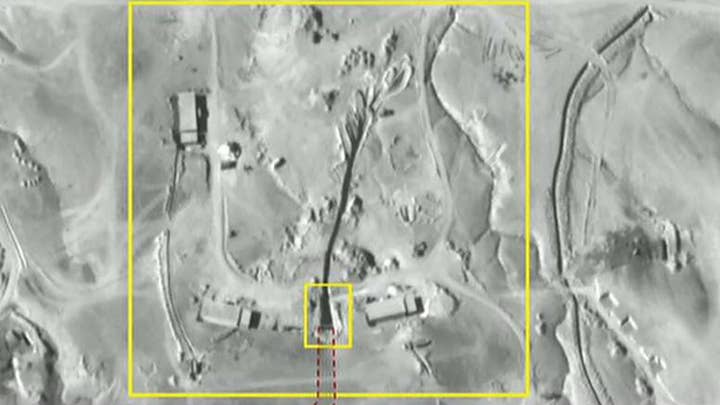 Defense Secretary Mark Esper told the armed services Committee at a hearing Wednesday that “Iran’s efforts to destabilize the region have increased in recent months,” Stars and Stripes reported.

Thornberry also advocated for a continued U.S. troop presence in Syria and said the terrorist threat in Afghanistan remained “significant.”

Earlier this month, Pentagon sources told Fox News that U.S. military leaders were considering sending as many as 7,000 additional forces to the Middle East out of concern for Iran's recent actions, but Esper has reportedly "not made a decision."

Thornberry announced his retirement in September, planning to step down next year after 25 years representing his district.