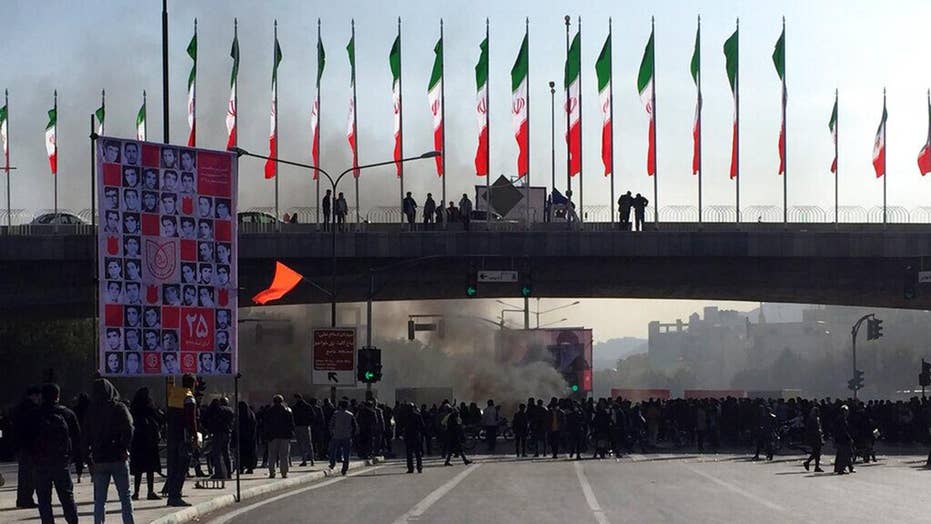 Iran is building an underground tunnel to store missiles and large-scale weapons, according to satellite images obtained by Fox News and Western intelligence sources who reviewed the information.

The structure, housed within the Imam Ali military base in Eastern Syria, is estimated to be nearly 400 feet long, 15 feet wide and 13 feet deep.

The first image--taken by Image Sat International (ISI), an end-to-end geospatial intelligence solutions company, where construction of the tunnel can be seen--was captured on Oct. 5.

Two weeks later, a shed was used to hide the tunnel entrance from the air. Large dirt piles appeared at the opposite end of the tunnel as excavations continue.

Western intelligence sources believe missiles and other weapons will be housed in this structure.

The intelligence assessment of ISI, confirmed by multiple Western intelligence sources, is that the tunnel is in the final stages of construction and will shortly be considered operational.

The Iranian facility that was targeted with airstrikes multiple times this year after the existence of the base was revealed in a report by Fox News. The project was approved by top leadership in Tehran and is being completed by the Iranian al-Quds Forces.

In May, Fox News reported that Iran was building a border crossing not far from the new compound in Syria. Sources have expressed concern that Iranian troops and weapons could be easily moved to the Imam Ali military base using the crossing with Iraq.

The discovery of the tunnel construction comes after a report last week in the New York Times indicated that Iran is secretly moving hundreds of short range missiles to Iraq that are capable of hitting Israel, Saudi Arabia and US troops in the region.