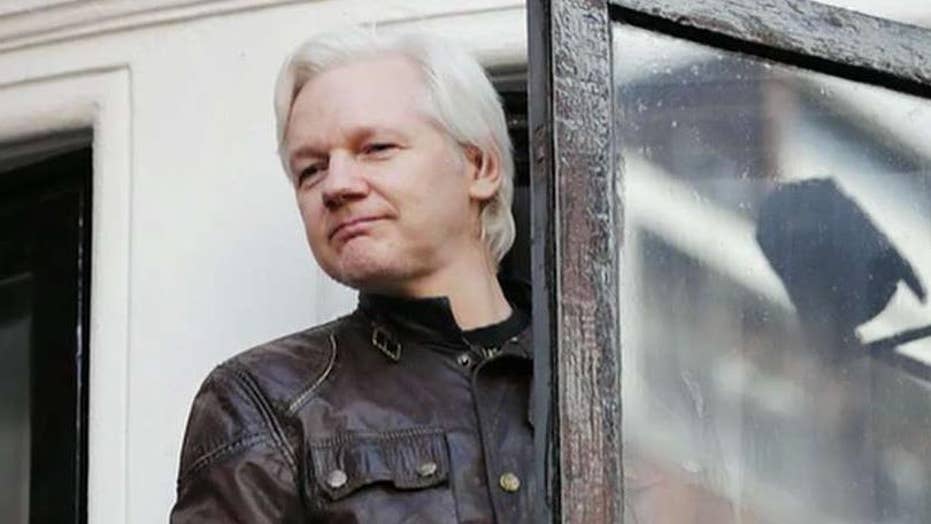 Deputy Chief Prosecutor Eva-Marie Persson made the announcement as she gave an update on the Swedish case, saying the rape investigation has been discontinued  because "the evidence has weakened considerably due to the long period of time that has elapsed since the events in question."

Persson said the alleged victim, who accused Assange of raping her in 2010, "submitted a credible and reliable version of events."

"Her statements have been coherent, extensive and detailed," Persson said.

Assange, 48, who spent seven years in Ecuador's embassy in London before he was dragged out in April, is still wanted in the U.S. to face 18 counts, including conspiring to hack government computers and violating an espionage law.

In June, a Swedish court ruled that Assange should not be detained, meaning that while a preliminary investigation in Sweden shouldn't be abandoned, he wouldn't be extradited and could be questioned in Britain.

Two months earlier, Assange was evicted from the Ecuador Embassy in London where he had been holed up since 2012. He was immediately arrested and is currently serving a 50-week sentence in Britain for jumping bail in 2012.

Assange is also fighting extradition to the United States, which accuses him of publishing secret documents. Last month, Assange lost a bid in a U.K. court to delay proceedings as he fights extradition on espionage charges.

In response to the Swedish announcement, Kristinn Hrafnsson, WikiLeaks editor-in-chief, said: “Let us now focus on the threat Mr. Assange has been warning about for years: the belligerent prosecution of the United States and the threat it poses to the First Amendment."

The full hearing to decide his extradition is still set for a five-day period in late February, with brief interim hearings in November and December.

Wikileaks founder Julian Assange was moved to a health ward in the British prison where he's being held.

Assange's lawyer, Mark Summers, told a judge last month that more time was needed to prepare his client's defense because the case has many facets -- including the very rare use of espionage charges against a journalist, as Assange defines himself -- and requires a "mammoth" amount of planning and preparation.

"Our case will be that this is a political attempt to signal to journalists the consequences of publishing information," he said. "It is legally unprecedented."