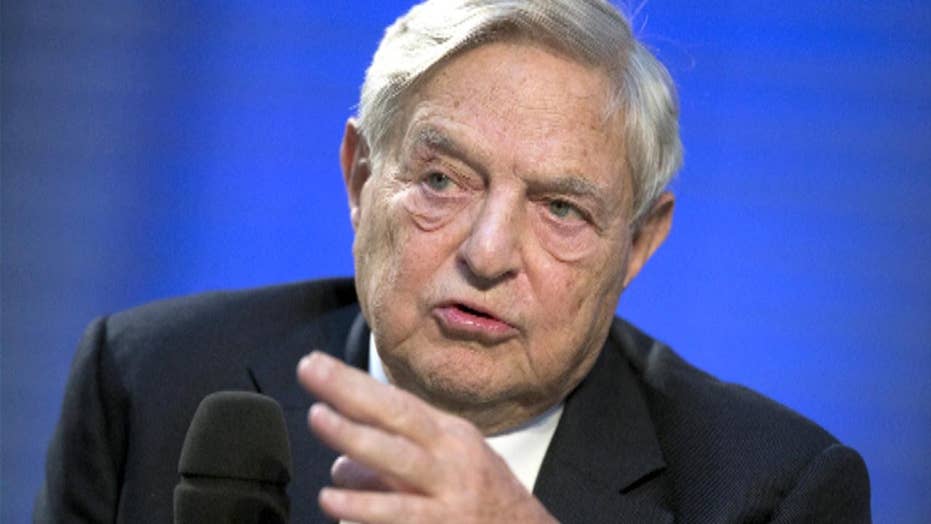 Strategy Room: David Mercer and Brad Blakeman have a lively debate about the George Soross pull in Macedonia

George Soros’ university in his home-country is on the verge of shutdown, after Hungarian Parliament approved a piece of legislation on Tuesday that would tighten regulations on foreign universities—this, as the latest move to reduce free expression and liberalism in Hungary.

Hungarian Prime Minister Viktor Orban, whose party has the commanding majority of parliament, amended the bill on Monday to tighten deadlines for the universities, like Soros’ Central European University  to meet these new regulations. Tuesday, Orban pushed that bill through to the president’s desk.

“We are committed to use all legal means at our disposal to stop pseudo-civil society spy groups such as the ones funded by George Soros,” Hungary’s top education official, Minister of Human Capacities Zoltan Balog said before the vote in parliament.

In a weekly state radio interview, Orban said that CEU’s status, which operates in Hungary but issues an American degree, gave it an unfair advantage over other Hungarian universities and institutions of higher-education, calling the university a ‘fraud.’

But Provost of CEU, Liviu Matei, told Fox News in a phone interview on Tuesday that the university is ‘no threat’ to Hungarian government, and has received ‘immense support’ from other Hungarian universities.

“We bring students from 100 more countries around the world to Hungary and we train Hungarian young people who otherwise would go study abroad –we are playing a positive function by keeping our kids at home instead of going abroad,” Matei told Fox News. “This legislation is meant to make the operations of CEU in Hungary very difficult –if not impossible.”

Matei told Fox News that the leadership of CEU hopes that President János Áder will send the bill to the Constitutional Court.

“If he sends it to court, which is our hope, there are grounds that they will find this bill discriminatory,” Matei said. “If he doesn’t, then we will turn to the court ourselves.”

Soros is a long-time liberal, who fully-backed Hillary Clinton’s presidency, and who, recently, has been funding anti-Trump activist groups. Last month, the conservative Media Research Center found Mr. Soros and his Open Society Foundations contributed $246 million between 2010 to 2014 to 100 of the 544 groups listed as partners of the Women’s March.

The U.S. State Department as well as hundreds of academics and universities have expressed their support for CEU, founded in 1991.

Orban, a former Soros scholarship recipient, has been increasingly critical of the Hungarian-born philanthropist, accusing him of wanting to influence Hungarian politics.

Zoltan Balog, whose ministry oversees education, said Hungary's government was ready to negotiate with the U.S. government on an agreement about the university.

“There is no rational justification of any kind,” Matei told Fox News. “If I want a simple explanation—it’s politics.”

In
a statement, former New York Gov. George Pataki, who is of Hungarian descent, said he opposed any effort to clamp down on CEU.

“CEU is an asset for Hungary,” Pataki said in the statement, “and any attack against its institutional autonomy and academic freedom would be a serious setback for Hungarian higher education and impact future of relations between our two countries."