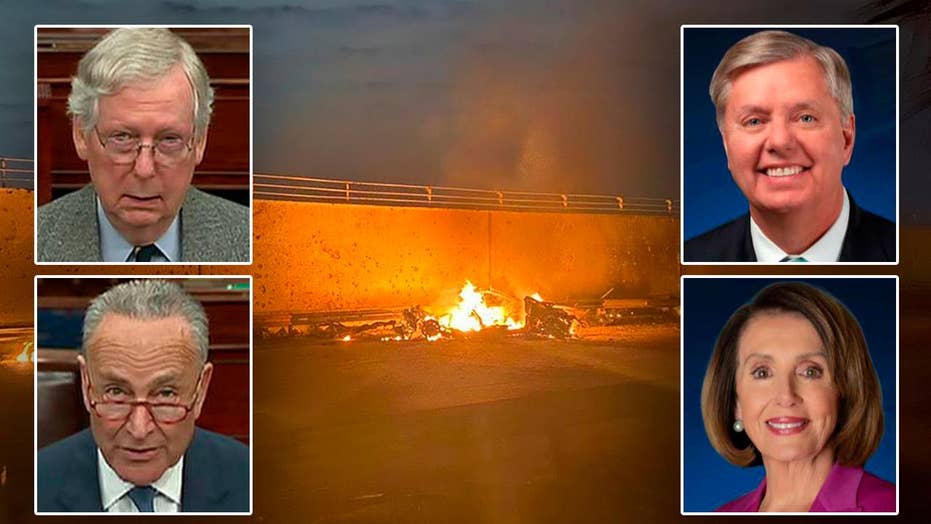 Morell speculated that Iran wouldn't strike American forces but instead would turn "loose" their proxies in the region. "There will be dead Americans -- dead civilian Americans as a result of this, possibly over the next few days -- in any place where Iran has its proxies," he told CBS on Friday.

"Iraq is the most likely place but also Lebanon, Bahrain, other places in the Middle East."

After the strike, the State Department urged U.S. citizens to "immediately" leave Iraq. Ayatollah Ali Khamenei vowed to carry out "harsh retaliation" for the attack.

President Trump defended the decision, tweeting on Friday that "General Qassem Soleimani has killed or badly wounded thousands of Americans over an extended period of time, and was plotting to kill many more ... but got caught!"

Morell acknowledged that the world was better off without Soleimani but indicated that Trump's decision created a dramatic shift in international relations.

"Yes, it's good that he's gone but it comes at an extraordinarily high price," Morell told CBS on Friday. He added that Iran would likely carry out a terrorist attack that "kills a senior American official."

Attacking Soleimani, Morell said, was a game-changer in that it made senior officials in both countries "fair game."

"The Iranians and Lebanese Hezbollah -- their main ally -- have contingency plans on the books for such terrorist attacks. So such a terrorist attack could occur soon," he said.

THE NEW LEADER OF IRAN'S QUDS FORCE: WHO IS ESMAIL QAANI?

Morell also predicted that Soleimani's death would embolden Iranian hardliners and "ended any hope of keeping Iraq out of Iran's arms."

The State Department said the embassy in Baghdad, which was attacked by Iran-backed militiamen and their supporters earlier this week, is closed and all consular services have been suspended.

Around 5,200 American troops are based in Iraq to train Iraqi forces and help in the fight against Islamic State group militants. U.S. embassies also issued a security alert for Americans in Lebanon, Bahrain, Kuwait and Nigeria.

The United States is sending nearly 3,000 more Army troops to the Mideast as reinforcements in the volatile aftermath of the killing of an Iranian general in a strike ordered by President Donald Trump, defense officials said Friday.

Secretary of State Mike Pompeo defended the strike as “wholly lawful,” saying that Soleimani posed an “imminent” threat against the U.S. and its interests in the region.

“There was an imminent attack,” Pompeo told Fox News. “The orchestrator, the primary motivator for the attack, was Qassem Soleimani.”

The White House did not inform lawmakers before the strike. It was expected to give classified briefings to members of Congress and staff in the afternoon. Defense Secretary Mark Esper notified House Speaker Nancy Pelosi of the strike shortly before the Pentagon confirmed it publicly.