Pakistani Christian couple Shafqat Emmanuel and Shagufta Kauser – who are still waiting for their appeal to be heard by the Lahore High Court (LHC) – were tried and put on death row in April, 2014. Shagufta is the second woman after Bibi to be ordered capital punishment. (Courtesy)

Christian woman Asia Bibi may have finally safely exited Pakistan after years on death row after being falsely held on blasphemy charges, but the fight for justice is far from over.

Bibi’s very prison cell is now home to another impoverished Christian woman, and the same Lahore-based attorney, Saif-ul Malook, is representing both the woman and her Christian husband. The pair have been sentenced to death under a questionable conviction of insulting Islam.

“They did not get a fair trial,” Malook told Fox News. “They are innocent.”

Shafqat Emmanuel and Shagufta Kauser – who are still waiting for their appeal to be heard by the Lahore High Court (LHC) – were tried and put on death row in April 2014. Shagufta is the second woman after Bibi to be ordered capital punishment.

The couple, believed to be in their late 30’s, hail from the city of Gojra in the Punjab province in Pakistan’s east, and were living with their four young children in a church compound. Shagufta was tasked with making ends meet, working as a cleaner and servant at the church school. Her husband is paralyzed from the waist down, having fractured his spine in a 2004 accident.

But in the summer of 2013, their simple lives were upended.

According to court documents obtained by Fox News, fellow Gojra resident Muhammad Hussain stated that on July 18, 2013, he was undertaking prayers at a mosque when he received a text from an unknown mobile number, which contained blasphemous remarks.

He allegedly showed the text to mosque clerics Muhammad Shabbir and Khalid Maqsood and then approached his counsel for legal proceedings. Then, he and his lawyer claimed they both then received more inflammatory messages, even though the texts were alleged to have been written in English, and both Shafqat and Shagufta are illiterate and neither have a knowledge of English or its alphabet.

“A copy of Shagufta’s National Identity Card was available within human resource files. It is believed that a known friend of the complainant who was also working there stole a copy of her National Identity Card (NIC),” explained Wilson Chowdhry, Chairman of the British Pakistani Christian Association, which advocates on behalf of Christians in the Muslim-majority nation. “He then used the stolen document to purchase the alleged SIM card in her name and later misused the SIM card to implicate Shagufta and her husband – colluding with Muhammed Hussain.”

However, local police registered the blasphemy case following the complaint of the cleric and the Christian couple was arrested on July 21, 2013, under charges of both “insulting the Koran” and “insulting the Prophet.” The prosecution then claimed that the SIM was purchased by Shagufta along with her husband from a local JAZZ franchise.

Yet according to Malook, there is no evidence that they either sent the texts nor purchased the incendiary chip. He also contends that Shafqat was forced under torture into making a bogus confession ahead of the trial.

“To save my wife, I confessed,” he said in a statement to his attorney. 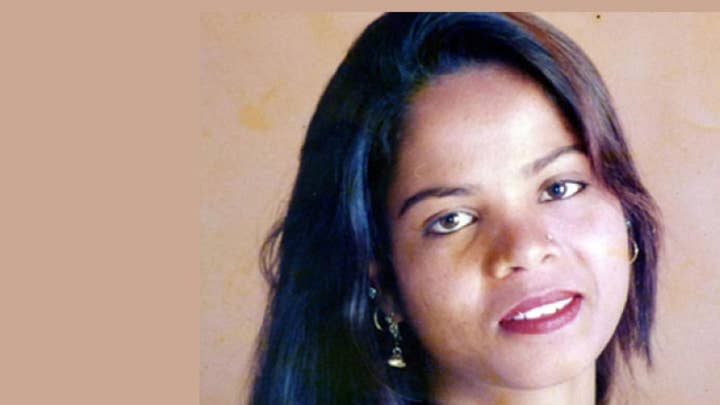 The accused couple have additionally vowed that the motive behind the registration of the case was simmering anger over a minor quarrel that took place between their children and their neighbors 6 months prior to the blasphemy charges.

Furthermore, concerns have also been raised that Judge Mian Amir Habib, who sentenced the couple to capital punishment, was intimidated by hardline lawyers and religious leaders in the community.

“Five years on, the imprisoned couple are praying for their release and awaiting the relisting of a previously poorly administered appeal,” said Chowdhry. “The simple fact that the couple could not possibly have written the blasphemous text messages due to being hyper-illiterate should result in their immediate release, however in Pakistan primary evidence can often be ignored and worse still manipulated by powerful and wealthy people intent on doing malice.”

Malook also underscored that there are grave concerns for the health of both husband and wife as they languish behind bars, their lives in limbo.

“Shagufta needs help from the world, she is constantly weeping that she cannot spend any more time there,” he said, having seen her last month. “And Shafqat is disabled on the bed, he can’t move. The latest doctor’s report indicates that his whole back is almost destroyed from the bed sores. He may die in prison."

Shagufta is being held at Multan prison while her husband is imprisoned about 150 miles away at the Faisalabad District Jail. They have not seen each other since before their sentencing. Their four children, aged between nine and fifteen, are now in the care of a paternal aunt and fear for their own lives.

There are said to be “reporting errors” that caused the appeals case to get lost in the system, yet Malook is confident it will be re-listed and brought before the Judge as soon as next month.

And while the overturn of Bibi’s sentence has brought with it some light and hope for others falsely accused, there are almost 200 cases of Pakistani Christians charged with blasphemy, withering away behind bars.

“They are innocent,” Malook added. “I won't let Christians die here in our prisons. It is better I suffer than them.”