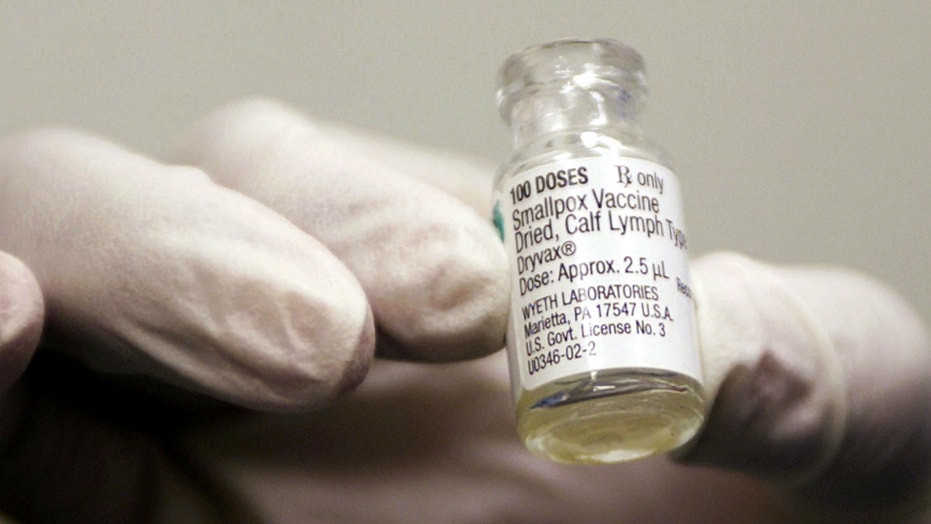 A virus research center in Russia — one of two places in the world that houses the smallpox virus — exploded on Monday, officials said.

The blast at the State Research Center of Virology and Biotechnology, or "Vector," left one employee injured and the building, located in Koltsovo, near the Siberian city of Novosibirsk, survived without structural damage, according to a statement from the facility.

Nikolai Krasnikov, the head of Koltsovo — which is known as a science city — said no biohazardous material was being stored where the blast occurred, and that there's no threat to the population. He added the worker who was injured suffered burns and is in intensive care.

A virus research lab in Russia, one of two places in the world that stores the smallpox virus, was rocked by an explosion on Monday, officials said. (REUTERS)

The facility in Russia, created in 1974, is one of two places that stores the variola virus, otherwise known as the deadly infectious smallpox disease. The other location is the Centers for Disease Control and Prevention (CDC) in Atlanta, Ga.

Described as "one of the world's most devastating diseases known to humanity," smallpox was declared eradicated by the World Health Organization (WHO) in 1980 following a worldwide immunization campaign.

But following its eradication, scientists and public health officials felt research was still necessary and agreed to hold the smallpox virus in four locations across the world — the U.S., Russia, England and South Africa.

Within years, England and South Africa destroyed their stocks of the virus or transferred them to other labs — leaving the U.S. and Russia to be the only locations left to store the deadly disease, according to the CDC.

In 2016, WHO determined the Vector facility "was found to meet international levels of biosafety and biosecurity for variola virus research and storage."

The Vector lab facility also stores the Ebola virus, also a rare and deadly disease. In 2004, The New York Times reported a Russian scientist at the lab died after accidentally pricking herself with a needle that contained Ebola, for which there is no vaccine. The incident reportedly happened on May 5, but the research lab didn't report it to WHO until later that month — sparking concerns about the level of secrecy around the facility.

The latest explosion follows two incidents which happened in Russia last month. Massive explosions were first recorded at a military ammunition depot near the city of Achinsk in eastern Siberia's Krasnoyarsk region.

That was followed by a deadly explosion at a military weapons testing range in Nyonoksa, in the far northern Arkhangelsk region left at least five people dead. Officials said the explosion occurred while engineers were testing "a nuclear isotope power source" for a rocket and were thrown into the sea by the explosion.