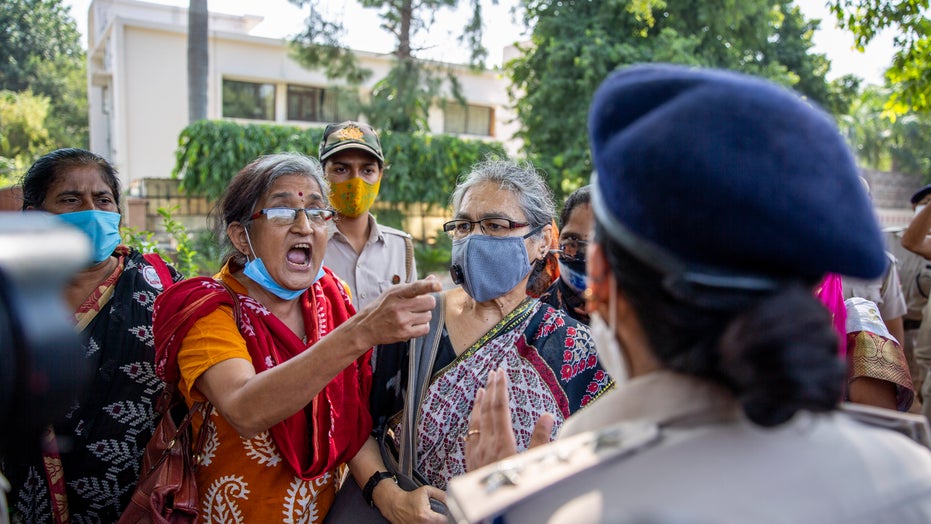 NEW DELHI — The gang rape and death of a woman from the lowest rung of India’s caste system sparked outrage across the country on Wednesday, with several politicians and activists demanding justice and protesters rallying in the streets.

The attack of the 19-year-old is the latest gruesome case of sexual violence against women to rile India, where reports of rape are hauntingly familiar.

The victim, who belonged to the Dalit community, was raped by four men on Sept. 14 in the heartland state of Uttar Pradesh’s Hathras district. The woman's family told local media that they found her naked, bleeding and paralyzed with a split tongue and a broken spine in a field outside their home. She died two weeks later, on Tuesday, after battling serious injuries in a hospital in New Delhi.

Police said the four men, all from an upper caste, have been arrested.

Uttar Pradesh's chief minister, Yogi Adityanath, on Wednesday ordered a special investigation team to handle the case and said it will be tried in a fast-track court.

Maimoona Mullah of the All India Democratic Women’s Association said Uttar Pradesh, which is ruled by Modi’s Bharatiya Janata Party and ranks as the most unsafe state for women in the country, had become the “rape state of India.”

“We do not accept rape culture in the name of new India,” Mullah said.

Earlier on Tuesday, hundreds of protesters from the Bhim Army, a party championing the rights of Dalits, thronged the hospital premises in New Delhi and jostled with police. Party leader Chandra Shekhar Aazad urged Dalits across the country to flood the streets to demand that the perpetrators be hanged.

Dalits — formerly known as “untouchables” and at the bottom of India's unforgiving Hindu caste hierarchy — are victims of thousands of attacks each year. According to human rights organizations, Dalit women are particularly vulnerable to caste-based discrimination and sexual violence.

Last month, a 13-year-old Dalit girl was raped and killed in Uttar Pradesh. In December last year, a 23-year-old Dalit woman in the same state died after being set ablaze by a gang of men as she made her way to court to press rape charges. Both cases are pending in court.

In the latest case, questions were raised over a hasty cremation, with several politicians calling it an abuse of human rights.

The woman was cremated early Wednesday, with the family alleging that police did not allow them to perform her final rites. Videos on social media show the family weeping as police insisted on cremating the body without allowing them to take it home.

Senior Police Officer Vikrant Veer denied the allegations, while the leader of the opposition Congress party, Rahul Gandhi, described the cremation incident as “abusive and unjust.”

In India, rape and sexual violence have been under the spotlight since the 2012 gang rape and killing of a 23-year-old student on a New Delhi bus. The attack galvanized massive protests and inspired lawmakers to order the creation of fast-track courts dedicated to rape cases and stiffen penalties for those convicted of the crime.

In March, four men sentenced to death for the 2012 attack were hanged.

Indians often rally for swift justice in a country where a woman is raped every 15 minutes, according to government data, and sentencing is notoriously delayed by backlogged courts.

According to the government, police registered 33,658 cases of rape in 2017 — an average of 92 per day and a 35% jump from 2012. About 10,000 of the reported victims were children. The real figure is believed to be far higher due to the stigma of sexual violence.