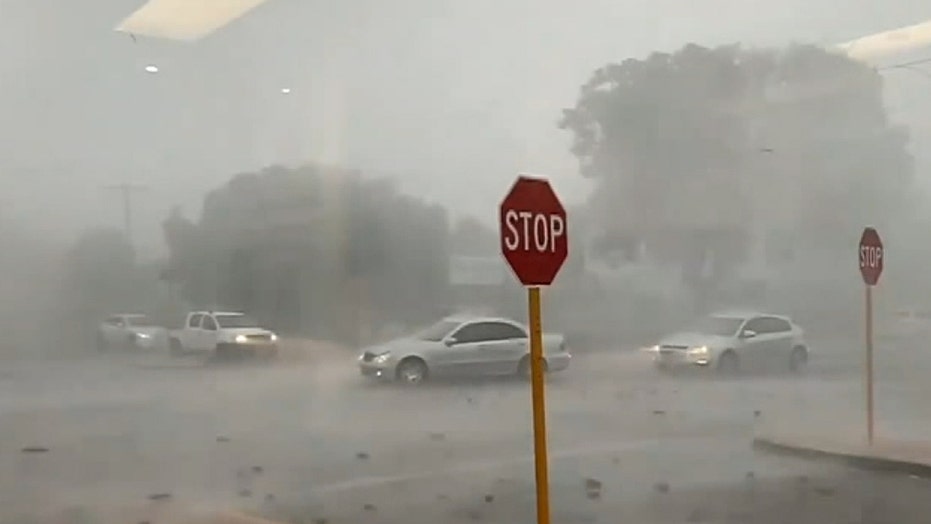 Strong storm rolls in quickly, causes damage to homes and businesses in Perth

Raw video: Australian man shares time-lapse of storm rolling in and the power of storm once it arrived in Perth.

"Absolute bedlam," Dylan Caporn, a staffer for PatrickGorman MP, said in a tweet showing the impact of the storm outside his office in Perth.

Caporn also recorded a timelapse showing the storm's arrival in the city.

Winds of up to 60 mph were reported as the storm arrived during the evening rush hour as traffic was snarled due to multiple traffic lights going out, Australia's 7 News reported.

The Bureau of Meteorology shared an image of the wall of heavy rain approaching West Perth as the storm overtook the city.

Many took to social media to show the storm's impact on Perth.

One rain gauge recorded a half-inch of rain in just 30 minutes, according to 7 News.

In the wake of the storm, about 18,000 homes were left without power and several buildings sustained damage from flash floods and high winds. The severe thunderstorm eventually moved south of the city.