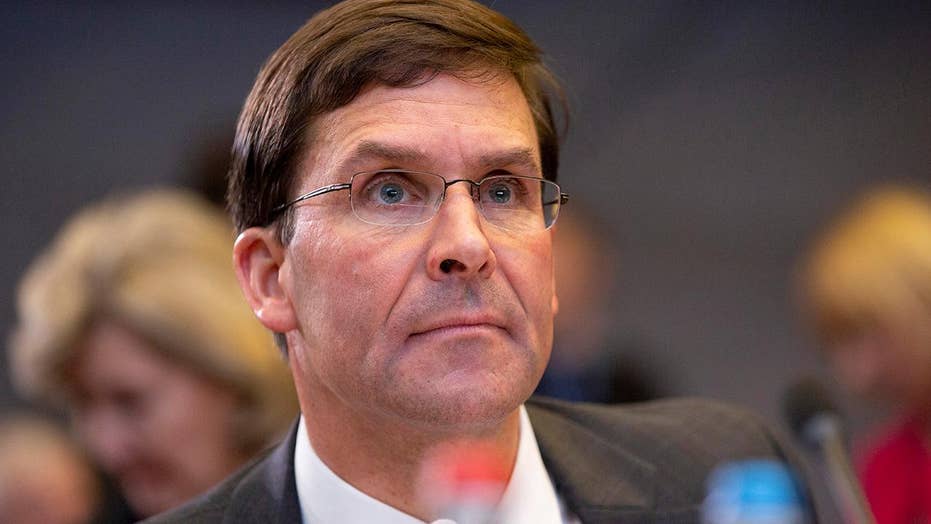 More troops may be added to eastern Syria to secure oil fields as the U.S. lashes out at Turkey for creating a 'very terrible situation' in the region; Lucas Tomlinson reports from the Pentagon.

The Pentagon is "likely" to order tanks and hundreds of soldiers to eastern Syria, U.S. officials tell Fox News.

This would mark the first deployment of tanks to Syria. The tanks would come from a unit already deployed to the Middle East, the officials said.

It’s expected to happen in the same area near Deir ez-Zur, Syria, where U.S. gunships and jets were called in last year to destroy hundreds of Russian mercenaries and forces allied with Syrian President Bashar al-Assad after he threatened U.S. troops in the area.

The potential deployment was first reported by Newsweek.

“The U.S. is committed to reinforcing our position, in coordination with our (Syrian Democratic Forces) partners, in northeast Syria with additional military assets to prevent those oil fields from falling back to into the hands of ISIS or other destabilizing actors,” a U.S. defense official told Fox News.

The plans come one day after President Trump announced a “permanent” cease-fire in northeast Syria and said a “small number” of U.S. troops would guard oil fields previously held by ISIS and now in Syrian Kurdish hands.

“We've secured the oil and therefore a small number of U.S. troops will remain in the area. Where they have the oil and we're going to be protecting it and we'll be deciding what we're going to do with it in the future,” President Trump announced.

On Thursday, President Trump clarified his remarks in a tweet, saying: “The Oil Fields discussed in my speech on Turkey/Kurds yesterday were held by ISIS until the United States took them over with the help of the Kurds. We will NEVER let a reconstituted ISIS have those fields!”

BILL BENNETT CONCERNED ABOUT SYRIA CEASE-FIRE: SITUATION IS VOLATILE, WILL 'BLOW UP AGIAN'

U.S. officials tell Fox News the cease-fire is largely holding, but not everyone agrees.

The top Kurdish commander of the U.S.-backed SDF, Gen. Mazloum Abdî, accused Turkey of violating the cease-fire in a tweet posted Thursday morning.

“In spite of the Turks announcement of the END of military operations, they and their jihadists continue to VIOLATE and launch attacks on the eastern front of the Serêkaniyê.  The guarantors of the ceasefire must carry out their responsibilities to rein in the Turks. #SDF”

Gen. Mazloum appears to be referring to the Trump administration as the “guarantors” of the cease-fire.

President Trump said Thursday morning he had spoken to Gen. Mazloum and “really enjoyed" their conversation.

“He appreciates what we have done, and I appreciate what the Kurds have done. Perhaps it is time for the Kurds to start heading to the Oil Region!,” the President added in his tweet.

TRUMP ANNOUNCES 'PERMANENT CEASE-FIRE' IN SYRIA BETWEEN TURKEY AND KURDS

While President Trump touted the success of his cease-fire with Turkey, the president’s defense secretary appeared to not be as optimistic about his NATO ally.

“Turkey put us all in a very terrible situation. I think the incursion was unwarranted. I think President Erdogan was fixated on making this incursion for one reason or another, and there was not a possibility we were going to start a war with a NATO ally. A NATO ally,” Mark Esper said.

“The direction of Turkey with regard to the alliance is heading in the wrong direction, Esper added. “We see them spinning closer to Russia's orbit.” 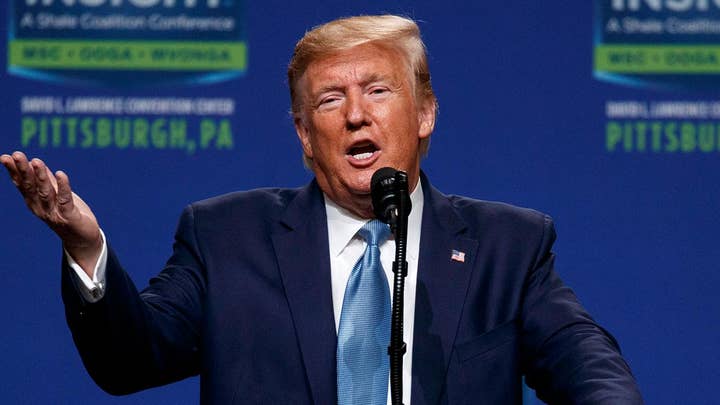 On Capitol Hill Wednesday, the president's special envoy to Syria acknowledged pulling all U.S. troops out of Syria would have been a mistake.

"We obviously had troops there for a mission, the mission was defeating ISIS so if you remove those troops before that mission is complete then you have a problem and we do have a problem right now and we are working our way through it," said Amb. James Jeffrey the president’s special envoy to Syria and the ISIS fight.

He later told a Senate panel the plans on defending the oil fields have not been completed.

Russian forces patrol in the city of Amuda, north Syria, Thursday, Oct. 24, 2019. Syrian forces, Russian military advisers and military police are being deployed in a zone 30 kilometers (19 miles) deep along much of the northeastern border, under an agreement reached Tuesday by Russia and Turkey. (AP)

“What are we going do with these oil fields? That’s a really good question and were really working hard on it. We do not have an answer on it at this time,” Jeffrey said.

Defense Secretary Mark Esper told CNN 100 out of 10,000 ISIS fighters in captivity in Syria had escaped.

The president says they've been “largely recaptured,” but U.S. officials say they are not so sure.

U.S. Secretary for Defense Mark Esper speaks during a panel discussion at the Concert Noble in Brussels, Thursday, Oct. 24, 2019.  (AP)

President Trump’s announcement of a permanent cease-fire came one day after Turkey had turned to Russia to begin joint patrols along the Syrian border, a decision announced in a joint press conference between Turkish President Recep Tayyip Erdoğan and Russian President Vladimir Putin in the Black Sea resort town of Sochi.